Harry Kane: The factors that will decide Tottenham transfer saga 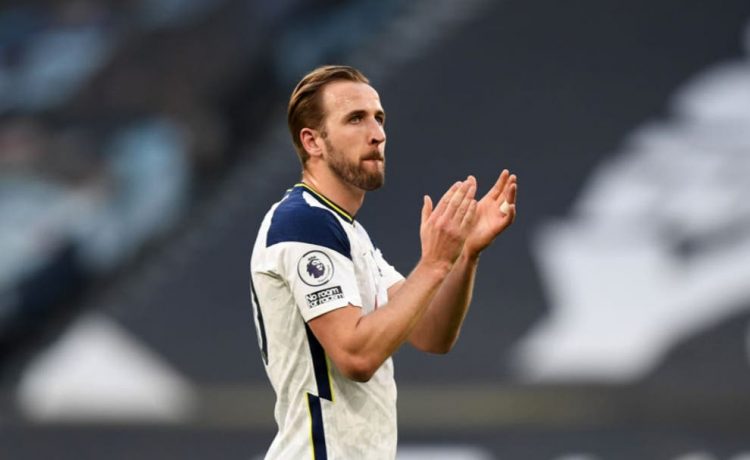 To get a sense of the kind of stance Harry Kane is facing, it is worth knowing Daniel Levy’s approach to one of the first major deals he was responsible for. It was, of course, a sale.

Michael Carrick was in a similar position to Kane in the summer of 2006 and felt that he needed to leave Tottenham Hotspur to fulfil his talent. In the end, the midfielder became so frustrated with Levy’s obstructive responses to Manchester United that he decided to call the Spurs chairman himself. The repeated message back was simple. “Well, they need to pay the money,” Levy said.

“It was all about the money for Daniel, just driving the price up and up,” Carrick wrote in his autobiography. “Arguing with Daniel was pointless. I would have got more joy talking to a brick wall.”

Carrick appealed again, and got the same response again. “Well, they need to pay the money.”

With Kane, it is now believed around the club that money “starts with a two”. Numerous sources say Levy would want at least £200m to even consider selling. That’s how important Kane is to the club. That’s the value of his goals, right down to how much they improve chances of regular Champions League qualification. It is way beyond even Gareth Bale in 2013. It is almost simple maths. But it isn’t that simple a situation.

Levy’s stance isn’t as sure-footed as it was in any of his previous big sales. Tottenham are still paying off a £1.2bn stadium, having also taken out a government loan. Some financial figures around the game feel the club are in a much more stretched economic position than is perceived, “the worst of the big six”.

They still don’t have a manager. The squad is in need of a refresh. That was true when Mauricio Pochettino left, and one reason for his final-season downturn. The tough reality to consider is that a significant sale could instantly solve a few problems – even if it comes with other costs of its own.

A squad without Kane may even affect that manager search. Some figures at the club are now seriously suggesting it could be worth returning to Pochettino. There is a feeling that he has found the nature of Paris Saint-Germain more of a headache to manage than expected, and may be open to it. Levy also feels the need for an exciting appointment, as a gesture to unhappy supporters as much as anything.

It says something, however, that not even Pochettino’s appointment would change Kane’s thinking. He now desperately wants to go. One of the juncture points in this entire saga, however, is how desperately any potential buyer wants him.

All would love him in the team, of course. That goes without saying. Chelsea are said to be the most willing buyers, but are aware of the political problems with any deal. Manchester City are preparing a proposal. United are monitoring the situation.

A problem, unlike pretty much all previous big Spurs sales, is that it’s not like the buyers are behaving like David Gill with Carrick in 2006 and telling Kane “we’re not going to run away”. They’re perfectly prepared to walk away.

The current United don’t have the same need for a striker since Edison Cavani re-signed, and will prioritise other positions. Chelsea and City are both prioritising Erling Haaland. Kane is not first choice for either, because of his age, against that six-year contract.

The uncomfortable truth for the striker is that it just doesn’t make that much sense in the modern market to pay that much for a player about to turn 28. They’d love him in their team, but not at that price, at that age. The market has significantly changed. There’s still too much of a huge gap between what any buyer would pay and what Levy would want.

It is why it remains remarkable that Kane signed that six-year deal. Many football representatives believe it is even more remarkable – and actually “staggering” – that he has not appointed one of the “super agents” to get this over the line. Using a figure with real leverage, who Spurs could greatly benefit from being owed favours from, could make an immense difference to the deal. It would certainly go further than fanciful notions about gentlemen’s agreements.

Spurs also know that Kane isn’t a “natural rebel”. He would be highly unlikely to invoke the Webster ruling, which could make things very messy. “If Spurs say no,” one source wonders, “what is he going to do? They know he’ll do nothing, other than stay and score 25 goals again next season.”

As appealing – and almost inevitable – as that sounds for Spurs, it is somewhat undercut by the same logic that may ultimately see buyers walk away.

Even before you get to the specific financial situation at White Hart Lane, there is at least a fair argument that selling Kane is the intelligent move – one that even makes more business sense for Levy. There is an inherent risk to a club anchoring so much of their medium-term future to a player in their late 20s.

They could drop off form. They could get injured. They might very quickly lose value. Some coaches have privately noted how Kane’s scoring has dropped off after the hour-mark of games this season, although that may have as much to do with the questions over Spurs’ conditioning under Jose Mourinho. That situation alone shows how quickly things can change.

This may be a rare chance to bring the funding that allows an overhaul, that can see Spurs become the fluid and smart club that it had looked for so long at the start of Pochettino’s time.

In the modern market, the most logical move of all may be to sell Kane for over £100m, and bring in a series of players under the age of 24 – that also allow a more fluid game. A fair counter-argument to that is what happened in 2013, and questions over the club’s recruitment.

Then again, they have brought in some good young players, and had earmarked Ruben Dias before he went to City. Some around the game feel the only realistic possibility for a sale is a buyer offering £100m and a “significant” player in return.

There are fair questions about what City or Chelsea player, say, would want to go to Spurs right now. That alone is why Levy’s stance isn’t as strong as usual. There are, for once, bigger factors in this whole saga than just paying the money.