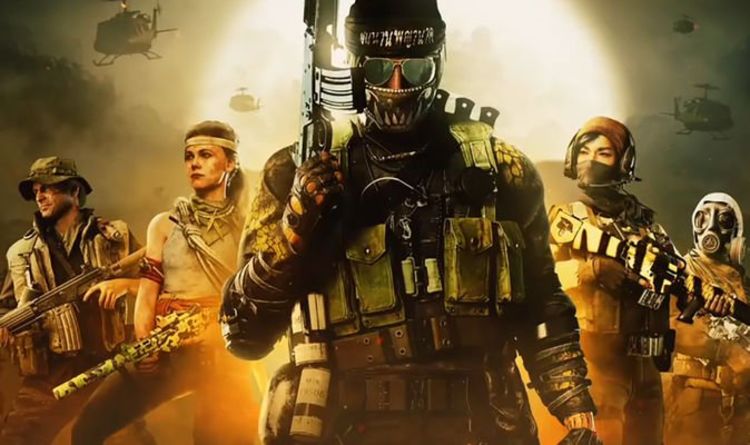 The Call of Duty mid-season Reloaded update goes live on May 20. It will be available on PS5, PS4, Xbox Series X/S, Xbox One and PC.

Needless to say, the new update will usher in lots of new content, including the brand new 80s Action Heroes event.

With an update containing this much content, fans can expect a pretty sizeable download when it launches on May 20.

Fortunately for PlayStation users, Activision will make the update available to pre-load ahead of time.

That’s according to a recent CharlieIntel tweet, which claims that the new update will be available to pre-load on May 18.

“The update is 11GB and will be installable at 9PM Pacific on May 18.”

Because of the time difference, UK fans should be able to download and install the mid-season update from 5am BST on the morning of May 19.

There’s currently no word on PC or Xbox pre-loading, so watch this space for more information.

The PlayStation update weighs in at around 11GB, so expect similar sizes on Xbox and PC.

It’s a fairly big download, and could take a few hours to install if you have slow internet speed. On the plus side, previous updates have been a lot bigger, so you won’t have to wait quite so long as before.

Judging by the Season 3 roadmap, the Reloaded update will add two new weapons to multiplayer. This includes the AMP63 Pistol and the Baseball Bat.

However, the most exciting new addition is the release of 80s action movie icons like Rambo and John McClane from Die Hard.

According to the preview from the Roadmap, the 80s Action Heroes event event will give players a chance to take part in limited time game modes and earn exclusive rewards.

Activision has already confirmed plans to bring Rambo and John McClane to Call of Duty as operators, although there’s a chance even more stars will be added on the day

Other characters speculated to appear include Terminator, Predator, Robocop, and maybe even Mad Max.

Check back soon for new updates about the mid-season update, and make sure to pre-load early if you’re on PlayStation.