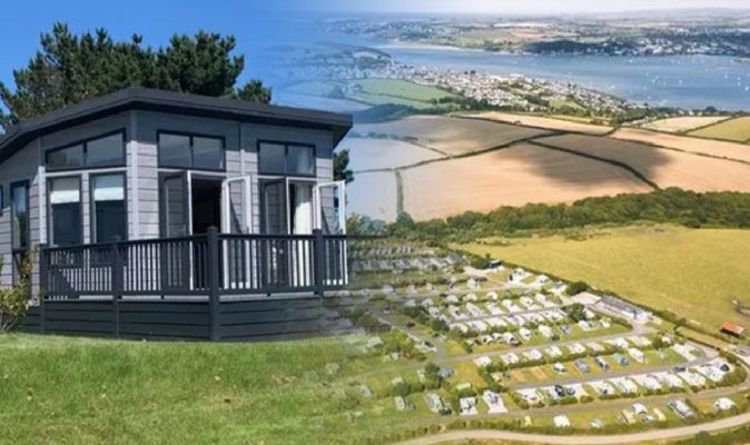 April 12 marked the day camping, caravan and self-contained staycations could resume in the UK, and for Lovat Parks owner Raoul Fraser, it was a day filled with a sense of “community”. According to Mr Fraser, who oversees parks in Cornwall, Kent, Norfolk, Suffolk and New Forest, some of their parks were already as much as 80 percent full on that first day alone.

What’s more, the boost for UK holidays is set to stay throughout the summer, with the peak months already attracting hordes of Covid-weary holidaymakers eager to relax and unwind.

Yet, the pandemic has also sparked a more unexpected trend among Britons which Mr Fraser told Express.co.uk he has “never seen before”.

“We’re always booked completely for July and August, during the school holidays,” he said.

“We are now totally booked for June, July, August, and the early part of September.

“But what’s been interesting to us is, not only have we seen increased demand for May, early June, late September and October, but we’ve also seen a massive demand for holiday homeownership.”

While many park owners have predicted a surge in holiday bookings to span far beyond the typical high season, Mr Fraser says many Britons are now turning their attention to owning their own holiday home to return to again and again.

“We saw a lot of people who hadn’t considered buying holiday homes on caravan parks thinking about it for the first time,” the holiday park owner said.

“That is coming from two areas which we haven’t seen as much before,” he explained.

“One is retired or semi-retired couples who want to buy a holiday home and just spend time with their families.”

Mr Fraser continued: “The second is we allow people to rent out their holiday homes, not as a business, but just to cover their running expenses.

“I think people realise with increased demand for staycations some of our holiday homes are renting for £1,500 to £2,000 a week which they get.

“We’re not involved in that. They use external companies to manage the renting and bookings.

“For people who’ve got cash in the bank earning nothing in interest is actually a really good thing to do.

“Then they get to enjoy the weeks that they want to enjoy with their families and when they’re not there they can rent them out.”

What makes this concept even more lucrative for owners is the fact that, for holiday homeowners who have properties at a Lovat Parks site, they need not worry about any maintenance.

“In the industry, all of our holiday homeowners, they pay what’s known as a pitch fee every year, and in return for that, we do all the maintenance.

“We also do all the gardening around their holiday homes.”

For Mr Fraser, allowing holidaymakers a place of their own on a dedicated holiday park also helps benefit the local community, which is something very dear to the ethos of Lovat Parks.

“I love the fact that we’re not taking up second homes in local areas in the country and therefore pricing locals. It is all confined,” he said.

It also means bringing more foot traffic to the local businesses which make up the surrounding communities in the likes of Padstow, Newquay or the Isle of Sheppey.

Mr Fraser said: “One of the amazing things is such a good community spirit on our parks and as a whole industry. All of the team are just delighted to welcome our owners back.”