Home » Twickenham to host European finals in front of up to 10,000 fans
Leagues 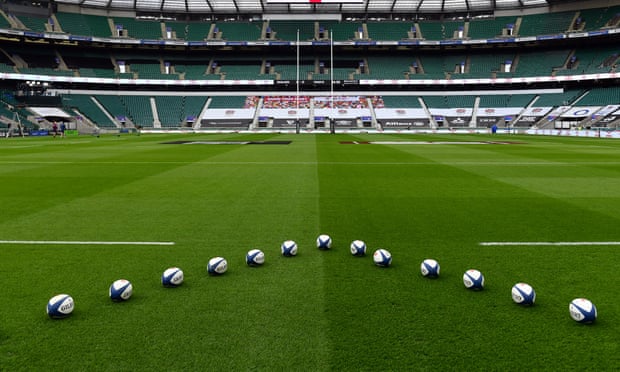 Crowds of up to 10,000 supporters will be admitted to the European finals next month after the tournament organisers announced that Twickenham has been selected as the new venue.

Marseille had been due to host the Challenge Cup final on 21 May and the Champions Cup final the following day but the organiser, European Professional Club Rugby, announced last month that would no longer be the case. With crowds in England scheduled to be allowed from 17 May under the UK government’s plan, Twickenham has emerged as the preferred option.

No Premiership clubs have reached the Champions Cup semi-finals with Toulouse hosting Bordeaux in the first last-four match on Saturday and La Rochelle hosting Leinster 24 hours later. In the Challenge Cup, however, Leicester host Ulster on Friday night and Bath welcome Montpellier to the Rec on Saturday.

The decision to use Twickenham means it will be the third year in a row the finals have been held in England after Ashton Gate was the venue in 2020 and St James’ Park the year before that. The last time fans were allowed to attend Twickenham was England’s Autumn Nations Cup final win against France in December.

The Rugby Football Union’s chief executive, Bill Sweeney, said: “We’re looking forward to seeing up to 10,000 fans back at Twickenham Stadium again for these EPCR finals and are delighted to be chosen to host the fixtures. This is an important opportunity for us to hold events as part of plans for the return of fans to stadia. We are working hard with EPCR and local authorities to put various measures in place to ensure the safety and wellbeing of all those attending each match.”

Both matches are subject to licences being granted by the London borough of Richmond-upon-Thames while strict social distancing measures will be in place and face coverings mandatory. “Fans are the lifeblood of European club tournaments and we are delighted to be able to welcome them back in a Covid-secure environment for this season’s finals,” said the EPCR chief executive, Vincent Gaillard.

Tournament organisers have also confirmed next season’s competition will again feature 24 teams – eight from the Premiership, Top 14 and Pro14. Reports in France have suggested the South African teams poised to join the Pro14 next season may take part with EPCR set to confirm formats and dates in due course.