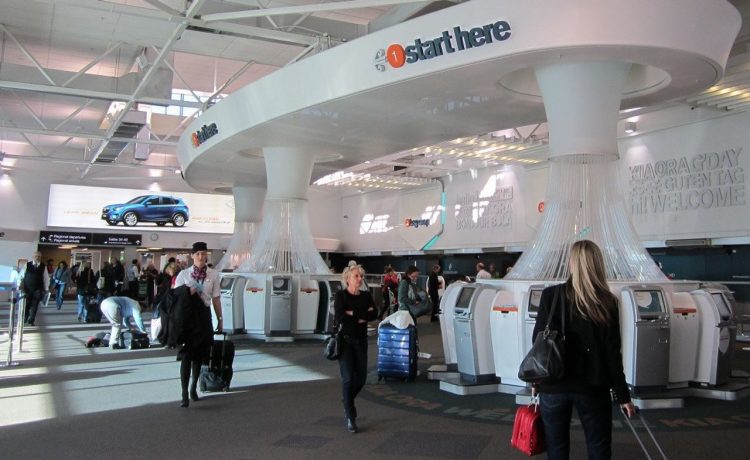 After nearly a year shut off from the world, New Zealand is cracking open its borders, with a trans-Tasman travel bubble allowing two-way quarantine-free travel with Australia.

The NZ prime minister, Jacinda Ardern, announced on Tuesday the bubble would open from 19 April, allowing quarantine-free travel between the two nations. Travellers from New Zealand have been able to enter selected Australian states without quarantining since October but the arrangements did not apply in the other direction.

Australia’s prime minister, Scott Morrison, applauded Ardern’s announcement while airlines in both countries hurriedly advertised hundreds of weekly flights and routes. However, tourism operators warned the benefits would be muted in the short term, as the first passengers would likely be low-spending travellers visiting family.

At a press conference on Tuesday, Ardern said she was “confident not only in the state of Australia, but in our own ability to manage a travel arrangement”.

More than 600,000 New Zealanders live in Australia, and many families straddle the border. “One sacrifice that has been particularly hard for many to bear over the past year has been the separation from friends and family who live in Australia, so today’s announcement will be a great relief for many,” Ardern said. “This is the next chapter.”

Ardern said the arrangement – of two countries, both maintaining a full elimination strategy for Covid-19 opening up to international travel – was potentially unique in the world. The plan has been in the works for months now, but was paused repeatedly after outbreaks of Covid-19 on either side of the border.

New Zealand officials have warned that those choosing to make the trip should be cautious and prepared, because another outbreak in either country could mean the border would close. Ardern said earlier that: “We may have scenarios where travel will shut down one way. It may therefore leave travellers – for a period of time – stranded on either side of the Tasman.”

“Quarantine-free travel will not be what it was pre-Covid-19,” Ardern said. Travellers would not be able to travel if they had cold or flu symptoms or were awaiting a Covid-19 test result, she said. They would have to wear a mask on flights, and provide contact details for their time in New Zealand.

She also said there would be random temperature checks at the airport and laid out a series of scenarios in which the bubble might be affected by new Covid cases, saying that “neither one of us wishes to export Covid to the other country”.

If a case arose that was linked to a border worker, for example, travel would likely continue. But if cases popped up that were not immediately traced to the border, travel could pause. At this stage, a pre-departure test would not be required to travel, but Ardern said that could change in future.

The move is being celebrated by New Zealand tourism businesses, many of which have struggled to survive over the past year without international tourism. In March, Tourism New Zealand forecast that opening travel to Australians could allow tourism revenue to recover to 70% of pre-Covid levels. With the travel bubble open, they expected a NZ$1bn boost to the New Zealand economy over the rest of the calendar year.

Morrison said on Tuesday it was “tremendous” the arrangement would be operational in time for Anzac Day on 25 April – a day of armed forces remembrance shared by the two countries.

“This will mean importantly jobs for Australia … it means more planes in the air, it means more jobs on the ground and in the air as well for our airlines,” Morrison said.

Australia’s tourism sector praised the move but said the majority of initial arrivals from New Zealand would be low-spending travellers visiting family and friends.

Australia’s Tourism and Transport Forum chief executive, Margy Osmond, heralded the specifics of Ardern’s announcement, noting it recognised “the need to manage the reality of risk”.

Osmond said she hoped the bubble would encourage Australian states – which have shut internal borders to varying degrees throughout the pandemic – to adopt a uniform approach to managing border restrictions in response to incidents of community transmission.

“This sends a very strong message to the [Australian] states to sort themselves out, and to the governments to speed up the vaccine rollout so we can open further,” Osmond told the Guardian.

She predicted that most tourists from New Zealand who travel to Australia for leisure would visit Queensland – a region particularly affected by cessation in international tourism.

Shortly after Ardern’s announcement, Qantas announced it would operate 122 return flights a week to New Zealand, including new routes, and that it expected the two-way bubble and Australians’ pent-up desire to travel internationally would see a return to 83% of pre-Covid operating capacity.

Air New Zealand also announced it would fly to nine Australian cities, including a new route to Hobart. However, some airlines are still reeling from the effects of international and domestic border closures, with Virgin Australia – which went through voluntary administration early on in the pandemic – saying it would only begin flying to New Zealand from November.

New Zealand’s government has come under increasing pressure as businesses across New Zealand struggle to survive the loss of income from overseas tourists since the country’s border closed a year ago. Just over half of the 923 operators who responded to a Tourism New Zealand survey this year said without an upturn in business they would have to shut down.

Earlier on Tuesday the deputy prime minister, Grant Robertson, said the government would not apologise for delays announcing the bubble: “We will never apologise for putting the health and safety of New Zealanders first … we’re really confident we can do this now,” he said. “Nothing is without risk and that’s why we need to have these processes in place.”

Ardern also noted that the change would free up around 1,000-1,300 rooms a fortnight in New Zealand’s managed isolation facilities. However, she said, some facilities were able to be used only for those coming from low-risk countries such as Australia, so could be decommissioned, and around 500 rooms would be held “as a contingency”, so she did not anticipate a large number of quarantine spaces to come online.