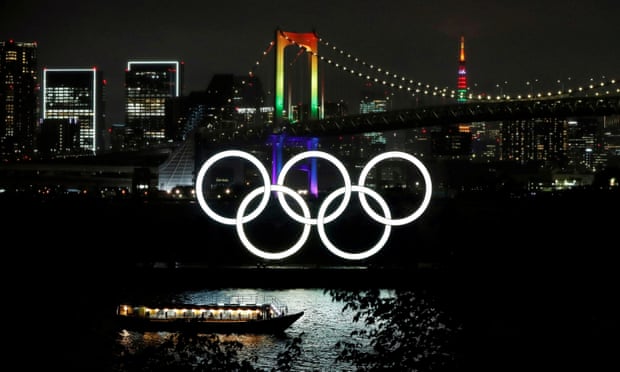 The head of the Olympic movement will visit Japan in May as the nation struggles to contain a surge in Covid-19 cases before the start of the Games, with Pfizer agreeing to supply extra vaccine doses to the country.

Thomas Bach, president of the International Olympic Committee, will attend a torch relay ceremony in the western city of Hiroshima on 17 May and meet prime minister Yoshihide Suga the next day, Kyodo News agency said on Saturday, citing sources close to the matter.

Bach is expected to back Japan’s commitment to safely host the summer Games, Kyodo reported, which are due to start in late July after being postponed from last year because of the pandemic.

“We are aware of president Bach’s intention to come to Japan and would welcome such a visit,” the Tokyo Olympic organising committee said in a statement. “However, nothing concrete has been decided.”

With fewer than 100 days until the Olympics are due to start in Tokyo, Japan expanded quasi-emergency measures to 10 regions on Friday as a fourth wave of Covid-19 cases spread.

One leading politician said it was still possible the Games could be cancelled again.

Suga, who is on a state visit to the United States, said at a news conference on Friday that he told president Joe Biden he was committed to moving forward with the Games and that Biden offered his support.

It also emerged that Suga had used his trip to the US to obtain extra doses of the Pfizer vaccine to try to contain the spread.

“[Pfizer] have agreed on the essentials of the matter,” vaccine tzar, Taro Kono, said during a live interview on Fuji TV, adding that further details including the shipment schedule will be discussed.

Kono did not specify the number of extra doses sought from Pfizer, but said Japan would secure enough supply by the end of September to inoculate all people over 16.

Suga made the request during a telephone call with Pfizer chief executive Albert Bourla on Saturday, the last day of a three-day visit to Washington.

Only 0.9% of the Japanese public had received their first vaccine shot as of Friday, compared with 2.5% in South Korea, and 48% in the United Kingdom.

Japan, with its domestic vaccine development still in early stages, has to rely on imports and has signed agreements with Pfizer, AstraZeneca and Moderna. The Pfizer vaccine is the only one Japan has approved so far.

Japan’s government says it has secured 314 million doses, enough to cover its entire population by the end of this year. That includes 144 million doses from Pfizer.

Kono has said the pace of the vaccine shipments is expected to pick up beginning in May. Addressing concerns about the shortage of medical workers administering the jabs, the government recently revised a law to recruit nurses who have retired or are on leave to temporarily help with the vaccinations.