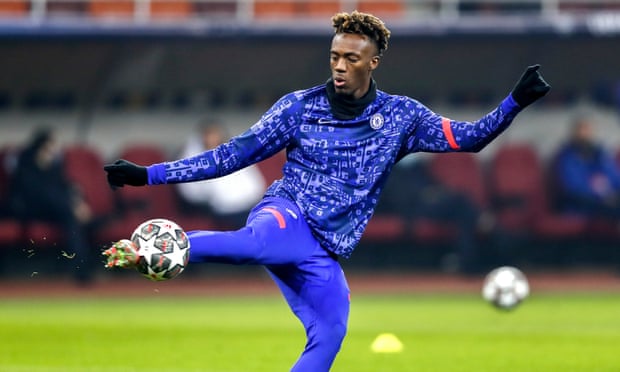 Tammy Abraham is considering seeking a fresh opportunity after being left out of the Chelsea squad that beat Manchester City in the FA Cup semi-final.

The striker has fallen down the pecking order since Thomas Tuchel’s arrival at Stamford Bridge in January and the uncertainty over his future has alerted Leicester City and West Ham. Although Abraham remains Chelsea’s top scorer with 12 goals in 30 appearances this season, Tuchel has used him sparingly and did not include him on his nine-man bench against City.

The snub was a further sign that Abraham’s future could lie away from west London. The 23-year-old, who looks increasingly unlikely to make England’s Euro 2020 squad, has been in full training since recovering from an ankle injury and his latest high-profile omission could convince him to push for a move this summer. Tuchel has preferred to use Timo Werner and Kai Havertz up front and Chelsea could enter the market for a new No 9 this summer, with Borussia Dortmund’s Erling Haaland and Inter’s Romelu Lukaku on their shortlist.

It remains to be seen if Chelsea are prepared to sell Abraham, who has two years left on his current deal. However Abraham’s contractual situation means this could be the best time for the club to cash in on him. Talks over a new deal have stalled since the forward broke through under Frank Lampard last season.

There is unlikely to be a shortage of suitors if Abraham, who has made five appearances under Tuchel, is available. Leicester, who need to plan for life without Jamie Vardy, could enter the race and West Ham are in the market for a new striker. West Ham’s only striker, Michail Antonio, has struggled with hamstring injuries.

Abraham, who impressed on loan at Aston Villa two years ago, has proven himself in the Premier League. He scored 18 goals last season and the academy graduate is popular with Chelsea fans. Yet he has endured a difficult time under Tuchel. Abraham has repeatedly failed to make the bench under Tuchel and has not played since being taken off at half-time against Southampton on 20 February.

Pressed on Abraham’s lack of involvement, Tuchel has been quick to point out that the striker has struggled to shake off an ankle injury he suffered against Newcastle in February. Yet there has been no change since Abraham’s return to fitness and Tuchel downplayed his previous goalscoring exploits earlier this month.