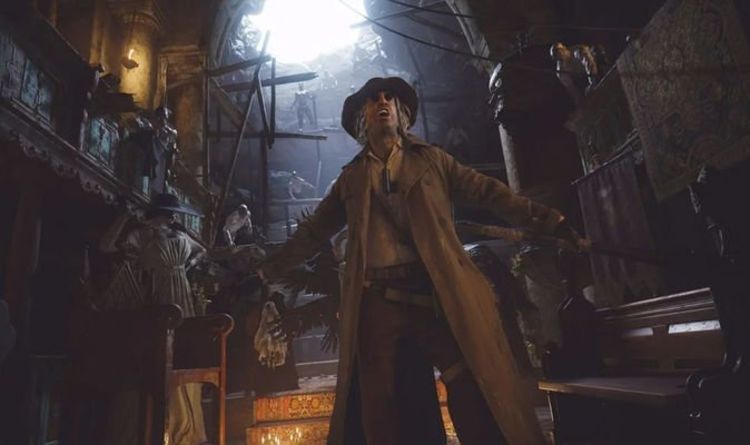 UPDATE: The Resident Evil Village Demo is now live in North America on PS4 and PS4, with the European release time scheduled for April 18, at 6pm BST.

A message from Capcom reads: “The first Resident Evil Village gameplay demo period starts in just a few hours for PlayStation 5 and PlayStation 4! You’ve got 30 minutes to explore the Village – use your time wisely.”

The second Resident Evil Demo situated in the Castle will be going live on April 24, and April 25 on PS4 and PS5.

ORIGINAL: It won’t be long before a slice of fans gets to start playing the new Resident Evil Village demo, with two new experiences set to land in April.

While not the easiest schedule to follow, the next Resident Evil Village demo release date has been set for April 17 and April 18.

However, publisher Capcom has confirmed that this weekend’s trial will only be available on PlayStation consoles and only for a very limited time.

This will be The Village demo, which included 30-minutes of gameplay and will only be available to download at a specific time.

A message from Sony explains: “The first demo period allows you to check out the snow-covered remnants of the titular village for 30 minutes, giving you a glimpse into the frost-capped remains of what once was, and perhaps giving you a taste of what the game’s combat has to offer.”

The Resident Evil Villa Demo release date for PS4 and PS5 has been scheduled for April 17 at 5pm PST in the United States.

In the UK, the same Resident Evil Village Demo will be available to play on April 18, starting at 6pm BST.

This will be followed by a second playable demo focused on the Resident Evil Castle, which will be available to play on PS4 and PS5 consoles next week.

Sony adds: “The second demo period will drop you into the halls of Castle Dimitrescu where you’ll be given a separate 30-minute experience that is sure to be a bloody good time. Unlike the expansive village, the castle is full of narrow hallways and cramped corridors that make it difficult to tell what could be around each corner.”

The Resident Evil Castle Demo will be available to play for 30-minutes on April 24 in the United States, at 5pm PST.

And then the same demo will be available to play in the UK on April 25, at 6pm BST on the same consoles.

WHEN CAN I PLAY RESIDENT EVIL VILLAGE DEMO ON XBOX?

Capcom has confirmed that all platforms will be getting access to the two combined Resident Evil demos on May 1 in the United States and May 2 in the UK.

The Resident Evil Demo start time has been set for 5pm PST in the US and 1am BST in the UK.

“The final demo period will give you a total of 60 minutes to explore both the village and castle, and you’re free to use those 60 minutes however you wish.

“How much time will you spend seeking answers in the village, and how long will you brave the castle’s corridors to uncover its dark secrets?

That part’s up to you, but we encourage you to share your experience playing and speculate on what secrets the full game holds.”

It’s a pretty confusing mix of dates and times to follow for gamers across platforms, so here’s a final recap:

Resident Evil Combined Demo – All Platforms – May 1 US and May 2 UK.

And as mentioned above, all demos will be available to play for a just short amount of time. The first two on PlayStation consoles will offer 30 minutes each, while the final open platform demo will be a combined 60 minutes.