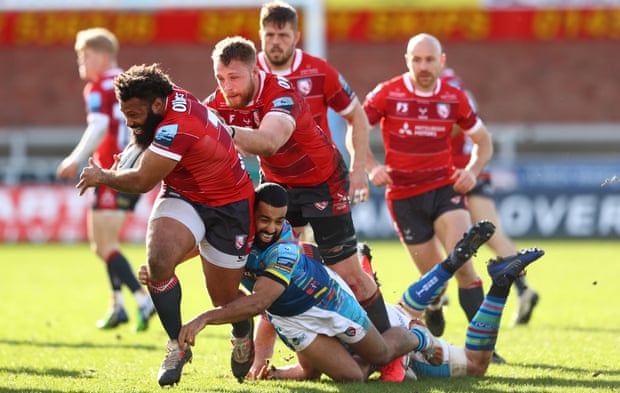 Premiership Rugby is lining up midweek fixtures next month in an effort to welcome more crowds back into stadiums before the end of the season.

The round 19 fixtures are slated for 14-16 May but, with the European finals taking place the weekend after and only Bath and Leicester still in with a chance of being involved, PRL is looking to delay some of those matches until the middle of the week beginning Monday 17 May, when crowds of up to 25% of stadium capacity would be allowed according the government’s road map.

The opportunity has arisen, in part, because for only the second time since 2013 there will be no Premiership clubs in the European Champions Cup semi-finals, following defeats for Exeter and Sale by Leinster and La Rochelle respectively last weekend.

Bath and Leicester have secured Challenge Cup semi-final spots but should both lose their matches it is possible all round-19 Premiership fixtures could be delayed, depending on logistics and any potential issues for clubs who share grounds. Some could potentially end up on the same weekend as the European final but it is understood the middle of the week is more likely for some clubs.

PRL introduced three rounds of midweek fixtures between August and October in order to complete last season in full but had opted not to do so this term on player welfare grounds. With all clubs facing huge financial hardship, however – Exeter were previously the only Premiership club to record a profit but have just announced a pre-tax loss of £2.26m – using the window to rearrange some fixtures for when crowds are expected to be permitted makes obvious sense.

The last rugby union matches in England to feature supportersfans were in mid-December, when Northampton and Bath welcomed 2,000 fans for European fixtures. England’s extra-time Autumn Nations Cup final win over France at Twickenham on the previous weekend was also witnessed by 2,000 supporters before the government tightened restrictions in the lead-up to Christmas.

Last week the Rugby Football Union was one of 10 of Britain’s leading sporting bodies to publicly back Covid passports – in a letter to senior government figures – as the safest way of ensuring capacity crowds as soon as possible after 21 June, when the roadmap states all restrictions could be lifted. The Premiership final is set to take place five days later at Twickenham and the RFU is currently planning for a crowd of at least 10,000, subject to government guidance.

Meanwhile, Warren Gatland will on Tuesday confirm Scotland’s Steve Tandy on his British & Irish Lions coaching staff. As revealed by the Guardian, Tandy emerged as Gatland’s preferred option to look after the defence in South Africa after he was forced into a late rethink following the withdrawals of Andy Farrell, Steve Borthwick and Graham Rowntree. Robin McBryde, who worked with Gatland as Wales forwards coach before joining Leinster, is also set to be announced, along with Gregor Townsend and Neil Jenkins.