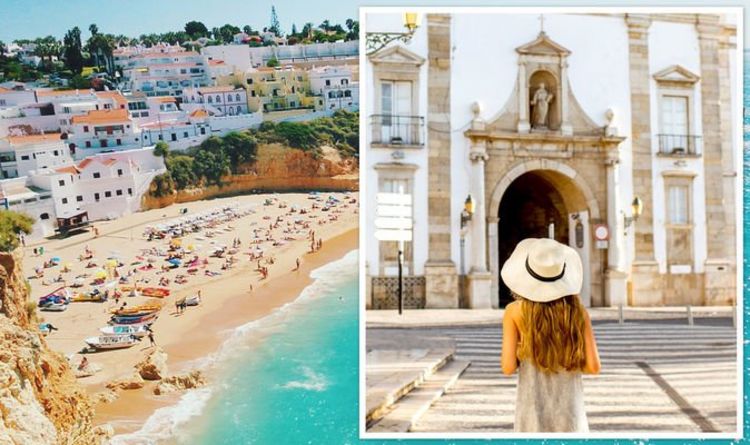 Portugal attracted an average of 2.15 million UK holidaymakers to its bustling metropolises and sun-kissed beaches in 2019 before the pandemic stuck. However, it isn’t just Britons looking for a holiday who flock to the nation each year.

Tori Porter, a freelance fitness and wellbeing communications specialist who lives in Faro, is just one of these.

She spoke with Express.co.uk to share some of the highlights of life in Portugal and revealed why she chooses to spend large periods of her year in the southern city.

“My family has had a home in Portugal for around 11 years and we’ve been visiting yearly for 23 years,” she explained.

“We live in the Algarve, not far from Faro, and know the local area well, including business and families over there.

“I’ve spent the majority of the past nine months there, partly due to travel restrictions but also because it was a preferable place to reside!”

Though opting to stay at home in Portugal throughout the pandemic meant not being able to fly home to be closer to family, Ms Porter points out there were plenty of positive attributes of the nation which made the time easier.

“I’ve had family with me and friends in the area so it hasn’t felt lonely, and the weather definitely made it the preferable location,” she said.

When asked what her favourite thing about living in Portugal is, she didn’t have to hesitate.

This near-constant stream of sunlight is perhaps why so many more Britons escape from the frequent rain clouds typical of Blighty.

The temperatures are also rather favourable, with a typical high of 27 degrees Celsius in the peak summer seasons between July and September.

Meanwhile, even in the winter months between December and March, the average temperature stays a reasonably toasty 17 degrees Celsius.

There are some additional attributes, which also make life particularly alluring for an expat moving abroad.

While the initial language barrier may seem intimidating to some, Ms Porter says it is very accessible for English speaking people to transition into neighbourhood life.

“The Portuguese are very friendly and love to speak English with the English,” she said.

This makes it easier for the English as they’re very open and adaptable.”

It also means that the healthcare system is also “good” and straightforward enough to navigate.

“The doctors are very well educated and equipped and many speak multiple languages including English so the healthcare is fairly good if you’re in Portugal long term,” continued Ms Porter.

Another major draw is the cost of living.

“The living costs are quite low eg when you shop in local supermarkets, I spend about half of what I do in London on a weekly shop,” she said.

Furthermore, if you don’t quite feel like cooking, there’s always the option to benefit some of the local businesses, dine out and eat some local food.

Of course, being far away from friends and family in the UK is a downside, but for Ms Porter it is a worthy trade-off.

“I mean I would love to transport my friends abroad but I much prefer the quality of life living in the sunshine, it’s huge for my mental health,” she concluded.