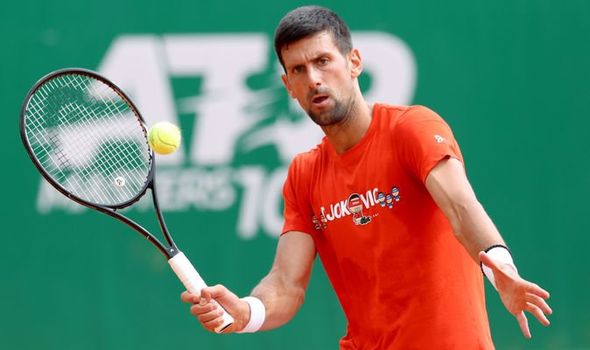 Novak Djokovic has praised Rafael Nadal’s uncle Toni after he took up a role to coach youngster Felix Auger-Aliassime. The Canadian has been widely tipped to be one of the leading players on the ATP Tour for many years to come.

But for now the Big Three still has a stronghold on the major tournament as they have no plan of loosening their grip.

Djokovic is hoping to win the Monte-Carlo Masters to help build momentum ahead of the French Open.

Nadal is the favourite to emerge victorious at all claycourt events over the next two months.

But Auger-Aliassime could be a surprise package now he has the backing of Toni Nadal, who worked with his nephew until they split in 2017.

The 60-year-old played a major part in Nadal winning most of his 20 Grand Slam titles.

And Djokovic reckons his experience will only body well for Auger-Aliassime.

“I know Felix has spent quite a bit of time in the past couple years at Rafa’s academy training and getting advice and mentorship from Toni when he was there,” Djokovic said. “Toni probably was excited to explore a new project, a new adventure on the Tour with one of the best young tennis players in the world at the moment.

“Felix is a great guy. He’s someone that has hard-working ethics, which is something that is very important for Toni. I wish them all the best. It’s nice to see Toni on the Tour.

“Obviously he’s had his mark with Rafa for so many years. I feel like he can only bring positives to Felix’s game and mindset.”

Toni will remain as a director of the Rafael Nadal Academy and the world No 2 has no problems of the split responsibilities.

“I am happy for him,” Rafa said. “At the same time, happy [for the] academy [to] have somebody [working] with such a great player like Felix. [That] is a positive thing.

“Toni has a lot of experience. He knows a lot about this sport. He has all the knowledge that somebody needs. I am sure that [is] going to be an important help for Felix.”

He added: “I don’t have any problem. I always said the same: I want the best for Toni.

“He’s my uncle. I am very grateful for all the things that he did for me. I am happy that he’s on the Tour a couple of weeks.

“At the same time I am happy for Felix. It’s going to be a good support, [to] have a great coach like Toni next to him. Happy for me, too. I am happy to see my uncle here, spend time with him here on the Tour again.”