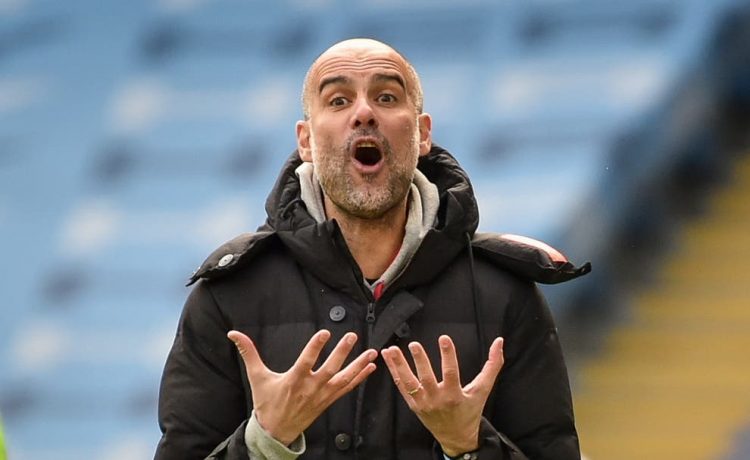 Defeats are so rare for Manchester City these days that when one comes around, it invites scrutiny.

Inquests were held after Leicester City’s 5-2 win at the Etihad back in September, then again after the 2-0 defeat away at Tottenham, each of them playing a part in the wholescale turnaround we have since witnessed.

Last month’s disappointment in the Manchester derby did not provoke quite the same sense of introspection, with it ending a remarkable run of 21 consecutive wins, but was arguably the most painful of the season to date given who City were playing.

What can be learned from this latest setback, a stunning 2-1 defeat to a 10-man Leeds side at the Etihad, if it is indeed a setback at all?

Probably not that much. As thrilling as Stuart Dallas’ 91st-minute winner was, and this win will live long in the memories of absent Leeds supporters, it carried little material consequence for either side.

Leeds have long been safe. City, meanwhile, remain 11 points away from securing their third Premier League title since Guardiola’s arrival in Manchester five years ago. With six games still to play, that is a formality that they will tick off sooner or later.

Their priority and the more pressing concern is the Champions League, specifically the second leg of their quarter-final with Dortmund to be played on Wednesday, and that much was clear from Guardiola’s starting line-up.

Ever since he pointed out that Leeds are possibly the worst team to play between a two-legged Champions League quarter-final, it has been clear that the City manager would field a second-string line-up here.

Last week, following the win at Leicester, he said this line-up would require fresh legs “more than ever”, and so seven changes were made from Tuesday’s first leg against Dortmund.

Oleksandr Zinchenko started in midfield alongside a 35-year-old Fernandinho in the final days of his Etihad career. Benjamin Mendy received a rare show of faith at left-back. Nathan Ake made his first start since Boxing Day.

On top of that, Kevin De Bruyne, Ruben Dias, Ilkay Gundogan and Phil Foden were among those to be named on a star-studded substitutes’ bench.

This was the first time that Dias has not started a Premier League game when fit to play since his signing. Gundogan and Foden were introduced as City’s search for a goal grew desperate, but even then, De Bruyne remained seated.

There was an element of misfortune and the fates conspiring against them, too. Even though Leeds threatened on several occasions with many attacks that lacked the final pass, Dallas’ two goals were their only two shots. City, by contrast, had 28.

Guardiola was asked whether he regretted making so many changes in his post-match press conference, which put him on the defensive.

“When you win, you’re a genius and when you lose…,” he said, starting but not finishing one of his favourite complaints: that the media and those on the outside base their criticism of his team on results rather than performances.

“I don’t have any regrets about the selection because I trust a lot of them,” he added. “Maybe they don’t trust me but I trust them because if I didn’t trust them they wouldn’t play.

“Listen, I decided on the selection, with 28 games won 26 and the rotation was exceptional, isn’t it? And now it’s a problem – like you ask… If you tell me the others play, then you can assure me 100 per cent that we’d have won, then you can be a perfect manager.”

It is a fair point. Risking the likes of De Bruyne and Dias ahead of the trip to Dortmund would have been careless. Would an injury to either of them – or Foden, or Gundogan – have been worth a greater chance of three points and hastening the inevitable?

City still have a job to do in the league but it will be done. For now, the Champions League can take priority. And when a heavily rotated team is unlucky to lose a tight contest, no inquest is necessary.