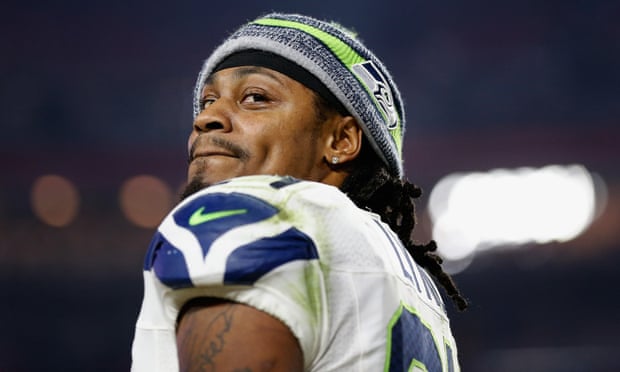 Former NFL star Marshawn Lynch has joined the ownership group of Oakland Roots SC, the two-year-old club that plays in the USL Championship, the second tier of US men’s soccer.

“Growing up in The Town, we always could count on the pro teams in this area, but with most of those ones that I grew up with gone, I knew the minute I heard about the opportunity to join Oakland Roots, it wasn’t just something I wanted to do, it was something I had to do,” Lynch said in a statement.

The Oakland native, who turns 35 next Thursday, attended nearby UC Berkeley and made the first of two comebacks from retirement with the Oakland Raiders in 2017-18 before the team’s relocation to Las Vegas.

Lynch and the club will also work together with a local company, Goalsetter, to help Bay Area students with financial literacy, according to the release.

“Giving kids in my home town a pro soccer club and players to look up to and a team that this community and city can get hella excited about was something I had to get down with,” Lynch added. “And then, you layer in the commitment they are making to this city through all our grassroots efforts, the partnership with Goalsetter, just reassured and told me that the organization isn’t just talking about creating change, but really being about that action and making (stuff) happen.”

“From the start, we have tried to build an ownership group that was excited about more than just pro sports, but also about Oakland and our Purpose,” Arghandiwal said in a release. “We couldn’t be more proud to welcome someone who has long been an inspiration to Oaklanders and all of us at Roots.

“Who Marshawn is and what he represents means so much to the community and the greater Bay Area. He has always been about the action and he is exactly the type of person who can help us realize our vision for giving back to the city we all love.”

The Roots will play 32-game schedule this year running from May through October.

Lynch, who earned the nickname Beast Mode for his punishing style, was among the NFL’s best running backs at his peak, finishing with double digits in touchdown runs every season from 2011-14. For his career, he rushed for 10,413 yards and 85 touchdowns.