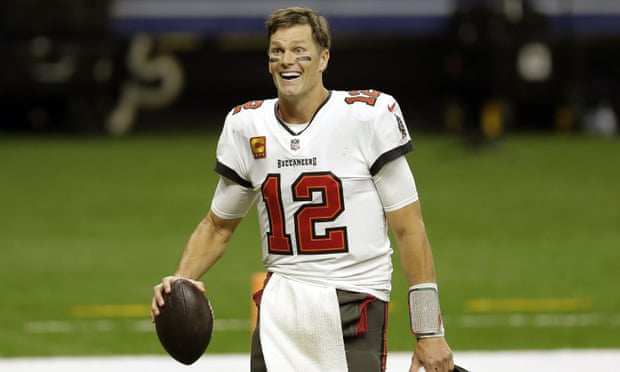 Tampa Bay Buccaneers quarterback Tom Brady isn’t impressed with the new rule approved by NFL owners that relaxes the jersey number limitations for a slew of positions, calling it “dumb” on Thursday.

“Good luck trying to block the right people now!” Brady posted in an Instagram story on Thursday. “Going to make for a lot of bad football!

“Why not let the Lineman wear whatever they want too? Why have numbers? Just have colored jerseys…why not wear the same number?…DUMB,” Brady wrote.

Increasing available numbers was a matter of necessity, said Rich McKay, president of the Atlanta Falcons and long-time chairman of the powerful competition committee, and Troy Vincent, a former player who oversees league football operations. With 16 practice players, some of whom can be active on game day, plus retired numbers, teams found themselves in need of more options.

NFL owners also approved eliminating overtime in preseason games and permitting on-field officials to get certain “objective information” from the replay official and designated members of the officiating department “when clear and obvious video evidence is present.”

“I know in my opinion what subjective looks like,” McKay said. “And if you get to subjective things in that booth, what is the standard? Do we re-officiate the play?

“In this case, it’s objective (information), there is a way they could assist. We have the technology, really good technology now. Let’s use that technology and try to improve. I do get nervous when it goes beyond that.”

During a virtual meeting, the 32 owners also tabled a proposal by the Philadelphia Eagles that a team be given two chances per game to retain possession after a score by converting a fourth-and-15 play from its 25-yard line. Some owners, general managers and coaches consider that too gimmicky, though they are eager to find a solution to the near-disappearance of the onside kick.

Vincent said he senses value in something close to the Eagles’ suggestion.

“I do believe there is some merit, maybe not the fourth-and-15, but the fans want to see the stars with the ball in their hands,” Vincent said. “I think there is something there with that option for the club to be able to get back into the game when down two scores … that could be something I see happening in the future. That is good for the player and it is also good for those watching the game.”

Owners did approve establishing a maximum number of players in the setup zone (between 10 and 25 yards from the kickoff) in hopes of enhancing onside kick opportunities. Defending teams will be limited to nine players in that zone.

“Special teams (committee) suggested a maximum number of people in the setup zone, and for one year only we’ll try that and see what that does to the onside kick numbers,” McKay said.

Also approved were ensuring enforcement of all accepted penalties committed by either team during successive extra-point attempts, and adding a loss of down for a second forward pass thrown from behind the line of scrimmage, and for a pass thrown after the ball returns behind the line.

McKay said a point of emphasis this year will be cracking down on taunting on the field. The league found too many potential incidents in 2020.