Home » Can olive oil go out of date and is it bad for you? Cooking oil expiry times
Food

Can olive oil go out of date and is it bad for you? Cooking oil expiry times 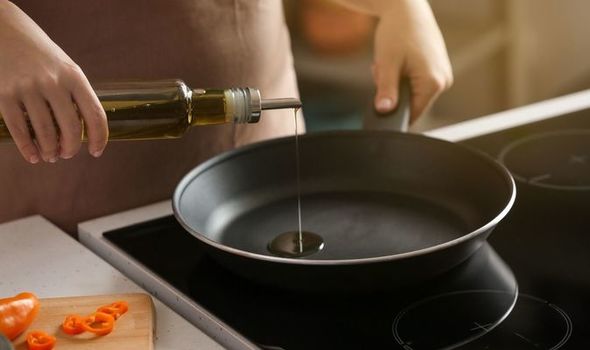 Olive, chilli, vegetable, truffle; the selection of oils that mount up in our kitchen cupboards can be seemingly endless and they’re not the kind of cooking staples we tend to keep tabs on when it comes to their expiration dates. That fancy bottle of Croatian truffle-infused extra-virgin olive oil that’s been unopened for two years ever since you bought it in duty free? Surely that can’t be chucked away! But is it actually harmful to keep using oil that’s ‘gone off’? And when does it actually need to be chucked out by? Here’s all you need to know.

Can olive oil go out of date?

Although it does indeed last a pretty long time, olive oil does expire.

Olive oil, and any of its infused varieties, ultimately comes from pressed olives, which is a fruit.

Fruits have a shelf life, therefore so does olive oil, and there is a point at which it goes rancid and doesn’t have that delicious taste to it.

Most olive oils last 18 to 24 months from the time they’re bottled.

Extra virgin olive oils are less processed and usually last a bit less, about 12 to 18 months.

Beyond these timespans, olive oils may develop bitter notes, which you may or may not notice depending on what the oil is used for.

If you’re using the oil to whip up an incredibly spicy stir-fry, it’s unlikely you’ll taste the difference.

However, a posh spread of fresh bread dunked in balsamic and three-year-old extra-virgin olive oil might have a bit of an unsavoury kick to it.

Some olive oil bottles state a bottling or best-by date, but if you don’t see one, it could be a shout to write the date of purchase on the bottle, either with a permanent marker or a sticker.

This will give you an idea of how long it has been sitting in your pantry.

How to tell your cooking oil has gone off

There are a few ways to determine whether your olive oil is off and needs to board the next flight to the recycling bin:

The best way to tell whether your olive oil has gone rancid is by tasting it. Don’t worry, a small taste won’t make you sick.

If your olive oil tastes bitter, sour, or stale, it’s no longer good.

Give it a sniff

Bad olive oil may also smell off, so give it a quick sniff if you’re feeling unsure.

If it reminds you of crayons, kids’ fun putty or a glue stick, you probably won’t wanna drizzle it over your salad as this is another sign it has expired.

Is out of date olive oil bad for you?

Rancid olive oil won’t make you sick. However, it may ruin your recipe by giving the dish a strange flavour.

As well as this, olive oil is often praised for its many health benefits, but it loses those healthy antioxidant properties if it’s gone off.

This is the direct result of oxidation, where chemical reactions break down the oil’s antioxidants.

No, olive oil which is out of date probably won’t give you the same nutritional boost, but it won’t make you ill and isn’t necessarily bad for you.

How to properly store cooking oil to make it last longer.

You should store your cooking oils in a cool, dark place — like a pantry with a door, a cabinet, or a refrigerator.

Bear in mind that if you store it in the fridge, it might look a bit cloudy, but it’s a normal reaction to cooler temperatures and does not indicate that the oil has gone rancid.

Generally, it also helps if the bottle is made from a darker glass, like dark green or amber, as this can help block out light, which promotes oxidation.

Most cheaper brands of olive oil come packaged in a plastic polyethene container, so if you want it to last as long as possible, you should transfer it to a dark glass or tin container as it keeps better this way.