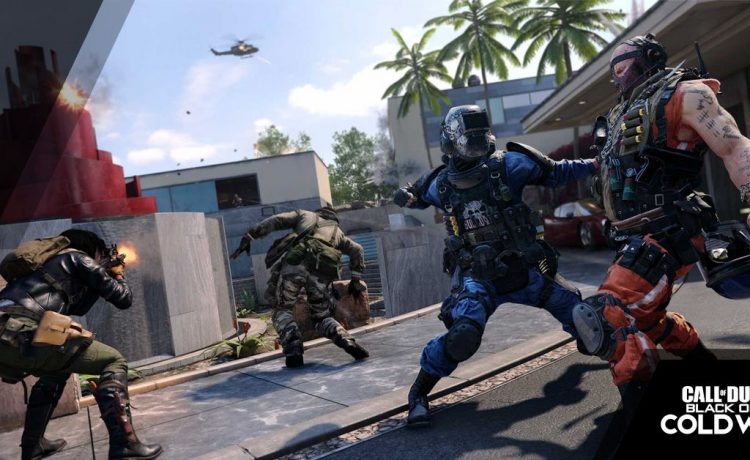 UPDATE: The first Call of Duty Warzone update of the week has been released today, and it makes some surprising changes to the game’s meta.

The patch notes don’t appear to be showing up correctly on Raven Software’s website as of yet, but they have posted the list, which can be found above.

It includes details regarding both the FFAR and AUG, which have received nerfs today as part of the new Warzone update.

ADS Speed on the FFAR has been reduced, and Raven are looking to make it less efficient and dominating in close quarters. The AUG has also been hit with changes, including the recoil strength being clocked up.

This is to make it harder to wield, much like what happened with the DMR through a series of patches.

ORIGINAL: New modes are coming to Call of Duty Black Ops: Cold War this week, alongside a fresh weapon that could mean meta changes in COD Warzone.

A new blog post has confirmed that new content is being released from the recently launched Season 2 Reloaded patch.

Activision hasn’t shared whether something big is being planned as part of the Warzone event this week, and for now, there is no evidence to suggest we’ll see anything past the usual movement of Zombies to a fresh location.

But we do know that the ZRG 20mm sniper rifle will be coming into play very soon in both Cold War and Call of Duty Warzone.

No set release date has been shared for when this new content will be going live, but April 6 and April 8 seem like the most likely.

New patches usually go live on Tuesdays, while Thursdays is when playlist changes are launched.

A massive new update isn’t expected this week so soon after the Reloaded patch, but gamers will want to keep an eye out for the latest news from the Call of Duty support team.

Highlighting all the new stuff planned for April, Activision shared this announcement today regarding Cold War and Warzone, telling gamers:

“There’s a lot going on in Call of Duty, especially with all of the new content that came with Season Two Reloaded.

“This week sees the launch of Gunfight Tournaments where duos can compete for exclusive rewards, along with the introduction of Gunsmith Customs, the updated Gunfight Blueprints mode, and the much-anticipated ZRG 20mm sniper rifle.

“Also, players will have quite a few new bundles and Weapon Blueprints available In-Store, including a new holiday-themed Bundle that’s sure to get you hopping.

“Finally, Call of Duty League’s 2021 Season kicks it up a notch with the Stage II Major Tournament, which starts in just a couple of days.”

And here’s what we know is coming this week as part of the new Call of Duty expansion:

Players can jump into Gunfight Tournaments and earn exclusive rewards in Black Ops Cold War. Sixteen teams will clash in 2v2 single-elimination tournaments. Win your match and move onto the next round; lose, and you’re out. Each tournament introduces four new exclusive rewards as you march toward ultimate victory, including a new Emblem, Calling Card, Charm, and Weapon Blueprint.

With Gunsmith Customs, players will be able to mix-and-match attachments from Weapon Blueprints of the same weapon type to create their own custom Blueprints in Create-a-Class. Save and name your new custom creations, and take them into your next match in both Multiplayer and Zombies.

Karla Rivas grew up in Nicaragua surrounded by the Menendez Cartel and their ceaseless wars with rival gangs. Her firsthand experience of the consequences of these wars on the surrounding communities drove her to action against the Cartel’s influence, using guerilla tactics to weaken them by any means necessary. Her skills are unparalleled in the continuing search for Adler.

Get access to Terrell Wolf and Karla Rivas for Black Ops Cold War and Warzone as part of separate Store Bundles in Season Two Reloaded.

Boasting a higher bullet velocity than any other weapon in its class, the ZRG 20mm sniper rifle is built to excel in extremely long ranges. Operators will appreciate its fast reload speed and its ability to eliminate enemies with a single shot to the head, chest, or shoulders.