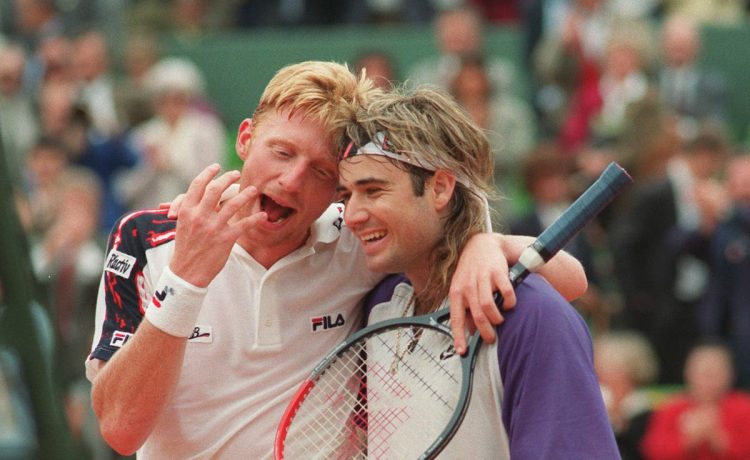 A clip has resurfaced in which Andre Agassi reveals his unusual trick for beating rival Boris Becker.

American Agassi responded to that poor start to their rivalry by winning the pair’s next eight clashes.

Crucial to Agassi’s success was his ability to spot a tell in Becker’s service motion – a tell involving the German’s tongue.

“I started to realise he had this weird tick with his tongue,” Agassi told Unscriptd in 2017.

“I’m not kidding. He would go into his rocking motion – his same routine – and just as he was about to toss the ball, he would stick his tongue out. And it would either be right in the middle of his lip, or it’d be to the left corner of his lip.

“If he’s serving in the deuce court and he put his tongue in the middle of his lip, he was either serving up the middle or to the body. But if he put it to the side, he was going to serve out wide.

“The hardest part wasn’t returning his serve; it was not letting him know that I knew this. I had to resist the temptation of reading his serve for the majority of the match and choose the moment when I was gonna use that information on a given point to execute a shot that would allow me to break the match open.”

Agassi added that he eventually told Becker about the tell at Oktoberfest.

“We went out and had a pint of beer together, and I couldn’t help but say: ‘By the way, did you know you used to do this and give away your serve?’

“He about fell off the chair. He said: ‘I used to go home all the time and just tell my wife, ‘It’s like he reads my mind.’

“‘Little did I know, you were just reading my tongue.’”