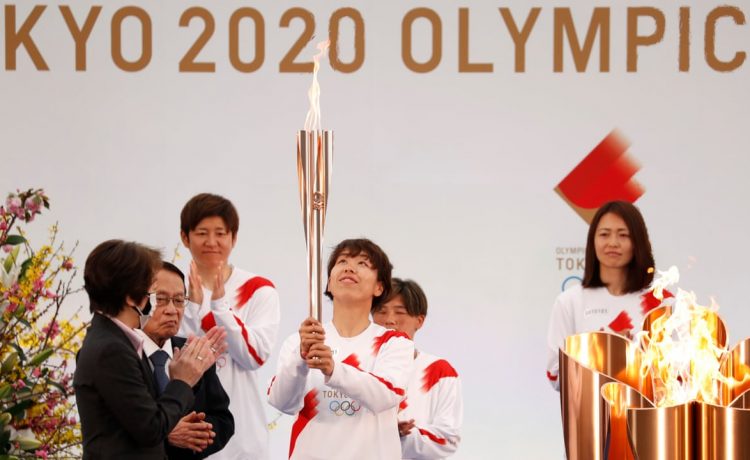 The official countdown to the postponed Tokyo 2020 Games has begun as the first group of runners carried the Olympic torch through Fukushima, in the first test of measures that organisers insist will ensure a “safe and secure” event in the midst of the coronavirus pandemic.

After a brief opening ceremony (which was closed to the public) on a football pitch inside the J-Village training complex, members of the Japan women’s football team began the torch’s 120-day journey through 859 locations, culminating in the opening ceremony at the Olympic stadium on 23 July.

Seiko Hashimoto, the head of the Games’ organising committee, said the start of the Olympic flame’s journey was a sign of hope. “For the past year, as the entire world went through a difficult period, the Olympic flame was kept alive quietly but powerfully,” she said at the opening ceremony, which was attended by a small number of dignitaries.

“The small flame did not lose hope, and just like the cherry blossom buds that are ready to bloom, it was waiting for this day.”

The relay bore little resemblance to those that have preceded every summer Olympics since it was first held at the Berlin Games in 1936.

The torchbearers, beginning with Azusa Iwashimizu, part of the Japanese team that won the women’s world cup in 2011, ran through sparsely-populated streets in Naraha – one of several communities that were evacuated after the meltdown at the nearby Fukushima Daiichi nuclear power plant.

Large crowds have been discouraged, and the few spectators who did turn out were asked to wear masks, socially distance and refrain from cheering or shouting.

The runners, who will each carry the cherry blossom-motif torch over a distance of about 200 metres, must keep records of their health condition and have been asked not to dine out with other people.

The low-key arrangements will remain in place over the next four months, when about 10,000 runners will take the torch across Japan’s 47 prefectures.

Fukushima had been chosen as the starting point to underline the Games’ role in highlighting north-east coast’s slow recovery from the March 2011 earthquake and tsunami – which killed more than 18,000 people – and the resulting nuclear disaster.

Hashimoto said she hoped the relay would inspire people in Fukushima who are “still struggling to get their lives back to normal”.

Preparations for the relay have been frustrated by sexism rows that forced the resignations of the president of the organising committee, Yoshiro Mori, and the creative director of the opening and closing ceremonies, Hiroshi Sasaki.

Several Japanese celebrities and sports stars have pulled out of the relay in recent weeks – many citing “scheduling problems – while the prime minister, Yoshihide Suga, said this week that he would not be able to attend due to pressing parliamentary business.

On the eve of the relay, Homare Sawa, who led Japan’s women’s football team to world cup victory just four months after the 2011 triple disaster, said that she was pulling out, citing health reasons. She was followed by figure skater and Olympic medallist Shoma Uno, as well as two well-known actors.

Suga told reporters that the government was cooperating with the Tokyo metropolitan authorities and the International Olympic Committee [IOC] to host a secure Games. “We will do our utmost in terms of coronavirus measures and continue to work with related areas to contain the spread of infections and hope to work towards a safe and secure Games,” he said.

Despite the many setbacks, organisers are clinging to the hope that the torch’s appearance in Japan, a year after it arrived from Olympia, will generate enthusiasm in the host country. According to recent opinion polls, most Japanese want the Games to be postponed again or cancelled due to fears that they will spark a new wave of Covid-19 infections.

“We are fully aware that there still are people with anxieties around the Tokyo Olympic games,” Tokyo 2020’s chief executive, Toshiro Muto, said.

Japan has fared better than most countries during the pandemic, with fewer than 9,000 coronavirus deaths. But a third wave of infections earlier this year pushed the numbers to record highs, triggering a state of emergency in Tokyo and other areas that was lifted this week. Experts have warned that the country could be on the verge of a fourth wave.

The opening ceremony – originally planned for thousands of fans as a celebration of Japan’s recovery from the 2011 disaster – was closed to the public. A small group of Olympic and local officials were entertained by taiko drummers and a children’s choir.

Moments before the torch left the venue, attendees were asked to put on masks and to applaud rather than cheer, as several maskless members of the Japan women’s football team jogged into the street, applauded by local schoolchildren.

Olympic officials have said that the relay could be paused if large crowds form along the route. Hiromi Kawamura, who is overseeing the relay, said: “We’re asking people not to stand shoulder-to-shoulder. If it gets really crowded … if we feel the situation is dangerous, we’ll suspend the relay. Then we’ll start it again after we’ve made the area safe.”

The Olympic flame was lit in Greece on 12 March last year at a ceremony held without spectators. On 24 March – just two days before the relay was due to start – the then Japanese prime minister, Shinzo Abe, and IOC head Thomas Bach bowed to the inevitable and agreed to delay the Games by a year. 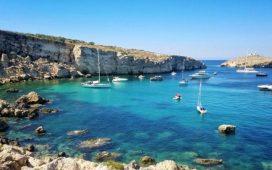 Malta to welcome back vaccinated British tourists from June 1 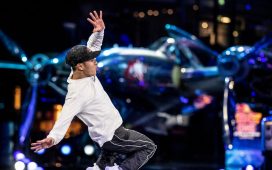 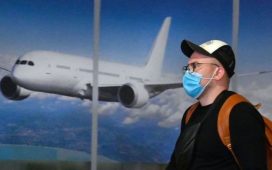 Summer holidays: How will travel work? Will you need a vaccine passport? 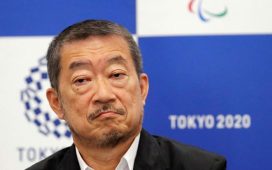