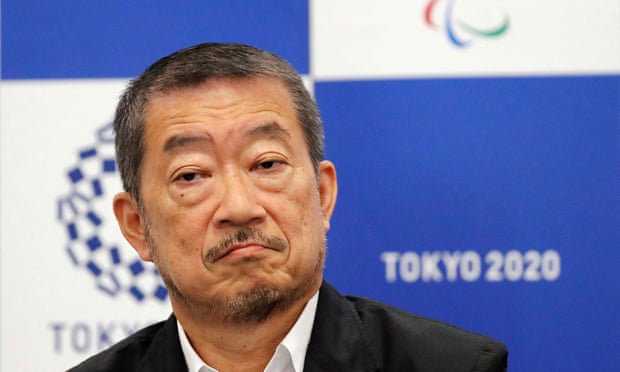 Preparations for the Tokyo Olympics have again been thrown into turmoil after the creative director for the opening and closing ceremonies said he would resign over a sexist comment about a female entertainer, whom he likened to a pig.

Hiroshi Sasaki said he would step down after a weekly magazine revealed he had proposed to his creative team that Naomi Watanabe, a popular celebrity, should be lowered into the Olympic stadium dressed as a pig in an opening ceremony segment he called “Olympig”.

Watanabe, a comedian, actor and fashion designer, has challenged body image norms in the Japanese entertainment industry and is known for her lip-syncing impersonations of Beyoncé.

She said she had been “honestly surprised” when she learned about Sasaki’s plans for her opening ceremony appearance. “In fact, I am happy with my figure,” she said in a statement released by her agency. “So, as always, I would like to express myself as ‘Naomi Watanabe’ without being particular about being fat.

“However, as a human being, I sincerely hope that we can have a fun and prosperous world where we can respect and recognise each person’s individuality and way of thinking.”

Seiko Hashimoto, the head of the Tokyo 2020 organising committee, said she was “shocked” when she read about Sasaki’s comments in the Shukan Bunshun magazine, adding that he had apologised and communicated his intention to resign in a phone call with her on Wednesday night.

“It should have never happened,” Hashimoto said at a hastily arranged news conference on Thursday, adding that she had accepted his resignation.

Sasaki’s remarks were “inappropriate and very regrettable,” Hashimoto said. “When I became president of the organising committee, I made gender equality a key initiative so that we could regain the public’s trust.”

The latest display of sexism among a senior member of the Tokyo 2020 team comes just weeks after Hashimoto’s predecessor, Yoshiro Mori, caused an international outcry after complaining that “talkative” women” made meetings drag on. Mori later resigned.

The Kyodo news agency said Sasaki had released a statement through the organising committee confirming the magazine’s claims and apologising to Watanabe.

“For Ms Naomi Watanabe, my idea and comments are a big insult,” the 66-year-old said. “And it is unforgivable. I offer my deepest regrets and apologise from the bottom of my heart to her, and to those who may have been offended by this.”

Hashimoto insisted the resignation, coming just four months before the opening ceremony and a week before the start of the torch relay, would not derail the Olympic preparations.

“We are committed to holding the Games this summer with an emphasis on safety, the importance of sport, Japan’s attractiveness, and an emphasis on diversity and inclusion,” she said, adding that a new creative head would be appointed “as soon as possible”.

Sasaki, who helped produce the ceremony handing over the Games from Rio to Tokyo – famously featuring then-prime minister Shinzo Abe as a character from the Super Mario video game – was named the new creative director of the delayed 2020 ceremonies last year.

Organisers at the time said the decision to replace a previous seven-person creative team would improve efficiency and reshape the traditionally lavish and spectacular ceremonies to be “in tune with the situation”.

Sasaki formerly worked for the giant Japanese advertising company Dentsu, which has been a key supporter of the Tokyo Olympics. As the official marketing partner, it has helped raise a record $3.5bn in local sponsorship, almost three times as much as any previous Olympics.

The Games, delayed from 2020 by the coronavirus pandemic, are due to open 23 July.

Reports last week suggested the Japanese government will ban fans from abroad over fears of a rise in infections. Spectators have already been barred from the start of the torch relay.