Points, punts and the breakdown: key areas to watch in Six Nations crunch 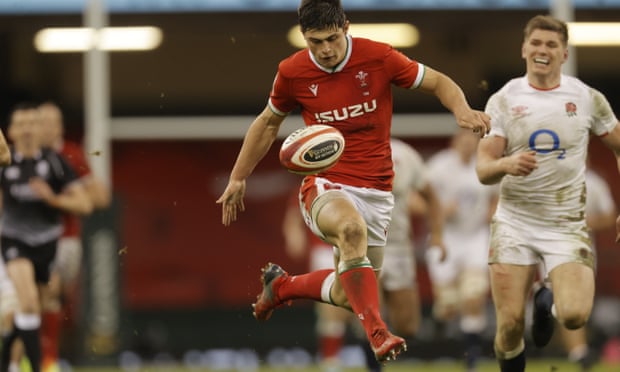 Wales are going for a grand slam, potentially their fifth in 16 years, primarily because they are the best team in this Six Nations at maximising the return on their opportunities. The latest figures, from performance analysts working for QBE, show that when Wales reach their opponents’ 22 they have scored an average of 2.51 points per visit in this tournament, compared with France’s 1.58. Seventeen tries in four games is already a healthy return and one more in Paris will ensure Wales’s highest Six Nations try count. With Louis Rees-Zammit, Josh Adams and Liam Williams all lethal poachers, Wales’s opponents are being outflanked. Both Scotland and England scored 24 points against them and still lost.

It is a twist on the old truism that defence wins championships – it still can do but the game is changing. Two years ago, when Wales last won a grand slam, they scored just 10 tries in five games compared to second-placed England’s total of 24. Last season, however, the tournament’s meanest defence was Scotland’s, conceding a mere five and yet they eventually trailed in fourth. This year the defensive stats of Wales, Ireland and England are all similar but the Wales try count is far superior to the other two.

Which means France will be slightly nervous. Let’s say they are leading by 14 points with a minute left and are pressing for the bonus‑point try they will need to keep their championship hopes alive. At which point Rees-Zammit steals an interception and runs 80 metres for the converted try that, via a losing bonus point, secures Wales the title. The outcome on Saturday night could easily go down to the wire.

One of the key aspects of “Super Saturday” – and one which the British & Irish Lions head coach, Warren Gatland, will be monitoring closely when he attends the Ireland v England game – will be the battle of the skies.

All those expecting England to play the same positive, ball-in-hand rugby that worked so well against France also need to factor in the opposition. Ireland have long looked to pose an aerial threat and Johnny Sexton, the recalled scrum-half Conor Murray and Keith Earls will all be key figures at the Aviva Stadium on Saturday. Only a gentle breeze is forecast for Dublin but Sexton and George Ford will be equally keen to unnerve the opposing back three, not just with steepling garryowens but with contestable angled kicks towards the sidelines.

With one of Sexton, Ford, Dan Biggar and Finn Russell set to miss out on a summer Lions berth, it makes the Ireland v England game a massive eliminator. Sexton was as influential as ever against Scotland and kicked the late winning penalty. Biggar, meanwhile, remains a Gatland favourite and another controlled display in Paris, with Callum Sheedy also adding fresh impetus late on, would make the Northampton fly-half even harder to omit. The onus, then, is on Ford to reproduce his splendid French form and to put his imprint on the game in the way that Sexton, now 35, so consistently does. Ford will be winning his 77th cap for his country and Sexton his 99th. No title is at stake but there will be a whiff of cordite in the air just the same.

Whoever Gatland does ultimately pick, he will not be short in the back row. This tournament’s top three tacklers are all Welsh with Justin Tipuric out ahead on 70 and his back-row mates Taulupe Faletau and Josh Navidi riding shotgun. Scotland’s Hamish Watson, meanwhile, was one of the few home forwards to emerge with his reputation enhanced against Ireland while Tadhg Beirne would currently make almost every “team of the tournament”. It says plenty for the quality of Tom Curry, then, that the Sale flanker is already a Lions certainty, his energy and enthusiasm having been such a feature of England’s renaissance win against France at Twickenham last Saturday.

Alongside the octopus-tentacle-armed Maro Itoje, 22‑year‑old Curry may just be Ireland’s primary concern. England have won their past four games against the Irish by double-digit margins and dynamic physicality up front was also a decisive feature when Saracens knocked Leinster out of Europe in Dublin last September. It is a pity, in that regard, that Jack Willis is not fit to duke it out on the floor with a fully restored Dan Leavy who, along with Joey Carbery, has been a big loss to Ireland.

That said, the home side will still have the long-levered Beirne in the second row, with the soon-to retire CJ Stander hoping to help Josh van der Flier and Jack Conan to frustrate English momentum at the breakdown. The visitors were outstanding in Dublin on the opening weekend of the 2019 championship and both sides will be conscious of another killer stat: the side leading at half-time has won the past 27 Ireland v England games.