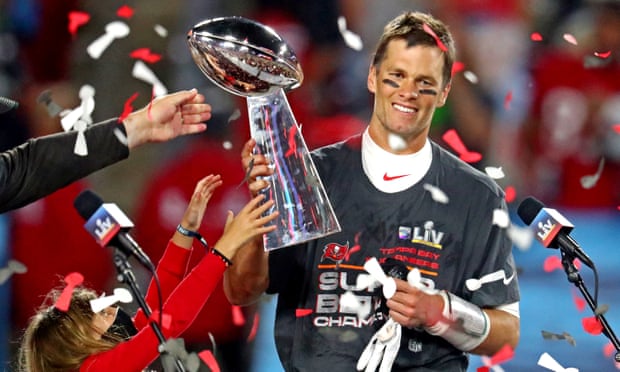 The NFL will nearly double its media revenue to more than $10bn a season with new rights agreements announced on Thursday, including a deal with Amazon Prime Video that gives the streaming service exclusive rights to Thursday Night Football beginning in 2022.

The league took in $5.9bn a year in its current contracts. It will get $113bn over the 11 seasons of the new deals that begin in 2023, an increase of 80% over the previous such period, a source told the Associated Press.

The huge deal comes after a turbulent time for the NFL as it came under attack from former president Donald Trump after players knelt for the national anthem in protest at racial injustice in the US. Trump’s predictions that the protests would torpedo the league appear to have been proved false.

Amazon has partnered with the league to stream Thursday night games since 2017, but it will take over the entire package from Fox, which has had it since 2018 after CBS and NBC shared the package for two seasons. Amazon streamed a Week 16 Saturday game between the San Francisco 49ers and Arizona Cardinals last year that was seen by an estimated 11.2 million total viewers. That was a record for the largest audience to stream an NFL game.

Games will continue to air on CBS, Fox, NBC and ESPN, while ABC will have a limited schedule of games as well as returning to the Super Bowl rotation for the first time since the 2005 season. ESPN’s deal was scheduled to end after 2021, while the others expired a year later, but ESPN will have a bridge deal for 2022.

With the exception of Amazon, the new deals will begin with the 2023 season and expire after the 2033 schedule. Games on Amazon will also be carried on over-the-air broadcast stations in the cities of the participating teams, which is also the case with games aired on ESPN and NFL Network.

The contract also expands digital rights for the other networks as well. ESPN+ will air one of the London games and NBC’s Peacock platform will also have exclusive games.

With the hefty new contracts the 32 NFL teams and their players can look forward to increased salary caps throughout the decade. The cap decreased by nearly $16m this year due to the coronavirus pandemic.

The broadcast partners also figure to get an extra game per season, likely beginning this year. NFL owners are getting ready to implement a 17-game regular season.