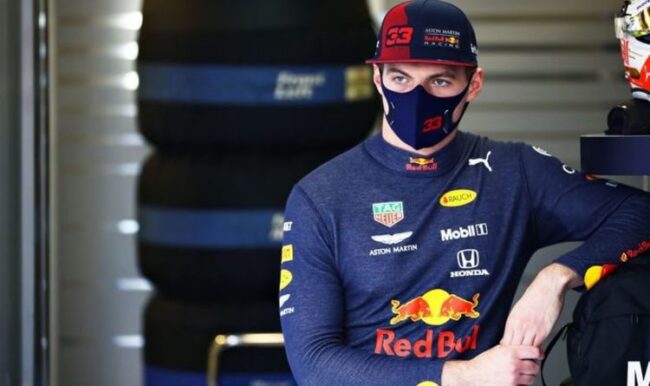 1996 world champion Damon Hill has praised Lewis Hamilton’s tenacity and work craft after snookering Max Verstappen during the Formula One Bahrain Grand Prix as the Dutchman has ‘a few more things to learn.’

The Mercedes driver beat Verstappen to the chequered flag in the opening race of the season, after an epic duel in the final few laps of the race which saw Verstappen overtake the seven-time world champion for the win, only to be forced to hand it back due to track limits.

Verstappen had set the pace for the entire weekend, however ran out of time in the closing stages, denying Red Bull victory.

“I think Max will look back at this race and think about maybe how he could’ve done things differently, but nevertheless, he got suckered in,” said Damon Hill, speaking on the podcast F1 Nation with Natalie Pinkham and Tom Clarkson.

“Lewis absolutely sold him a dummy, and he went for it.

“He went round the outside and Lewis knew exactly what he had to do. The moment Lewis moved to the right hand side, after passing the back marker, I thought – that’s a bit strange. He’s opening the door wide open for Max. But of course what he did was, he put Max back in a defensive position.

“It looked great going round the outside of Lewis Hamilton, very tempting offer – thank you very much, but of course Lewis knew all he had to do was use up all the track and squeeze Max.

“Lewis meanwhile will be thinking ‘gotcha’ – he’s still got a few more things to learn.”

As the fight went down to the very last lap of the race, Hamilton won the nail-biting season opener by just 0.7s.

It was the first time since Sebastian Vettel in 2013 that a non-Mercedes started at the front, paving the way for a potential new rivalry within the championship.

“I absolutely loved it, and what I love was the quality of the performances, all the way through the field, but especially at the sharp end,” Hill continued.

“It was one of those defining races that they will talk about in years to come, because it set it up – It was like Michael Schumacher when he arrived in Formula One.

“Max Verstappen, the young pretender, against the established seven-times world champion going for his eighth, Sir Lewis Hamilton, who was on spectacular form.”