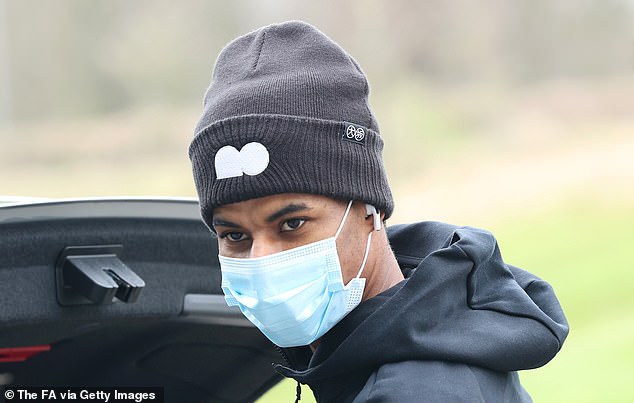 Manchester United forward Rashford missed his club’s FA Cup defeat to Leicester City on Sunday with a foot injury while Saka is yet to join up with the rest of the squad, remaining at Arsenal for further treatment on a hamstring strain.

Both haven’t been included in the 23-man group for the game at Wembley this evening with Kyle Walker of Manchester City, while fit to play, also left out.

Gareth Southgate hinted he would be without Rashford and Saka when he spoke with the press on Wednesday evening.

“They’re both doubtful,” he said. “I’d say Marcus more doubtful than Bukayo at the moment. We’re going to assess them, Marcus has been very keen to be with us. He wasn’t with us so much in the autumn so he’s been keen to be part of the group.

“Bukayo hasn’t been able to join us yet but hopefully will be in the next couple of days.”.

Southgate is without a number of key players during this international break with Liverpool’s Jordan Henderson, Aston Villa’s Jack Grealish and Borussia Dortmund’s Jadon Sancho all unavailable.

“We have clearly lost a lot of players coming into the camp, we did in the Autumn as well, that is something we are having to cope with but that is an opportunity for other players as well,” he added.

England travel to Albania on Sunday before hosting Poland at Wembley on Wednesday.