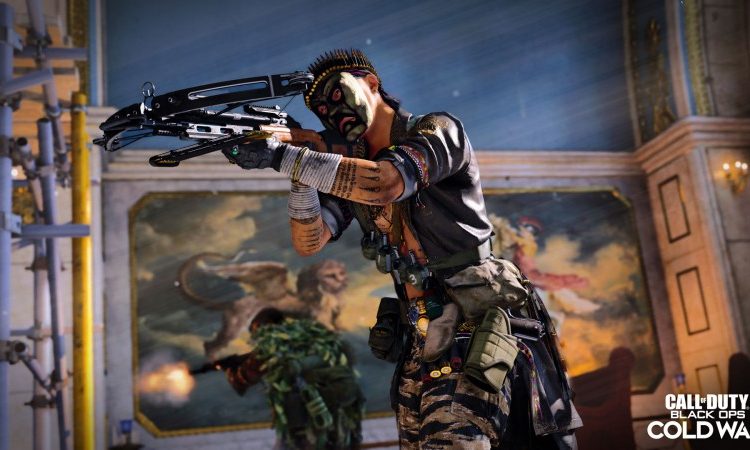 The Call of Duty Cold War Crossbow was introduced to the game this week, but the latest news suggests it’s not currently available.

As being reported by multiple outlets, The R1 Shadow Hunter arrived as part of the most recent game update.

This included a new bundle showing up on the Call of Duty Store, as well as a special challenge popping up in-game.

The good news is that all the information is complete, meaning that this isn’t a piece of content that’s far from launch.

But as of right now, getting the Call of Duty Cold War Crossbow might prove difficult across PS4, Xbox One and PC.

HOW TO GET THE CALL OF DUTY COLD WAR CROSSBOW?

As of right now, there are two ways of unlocking the Call of Duty Cold War Crossbow across all platforms.

The Archaic Range COD Store Bundle will be going live in the future and will cost 1200 COD Points.

But the Crossbow will also be available as part of a new challenge pack coming to Black Ops: Cold War.

The R1 Shadow Hunter Challenge includes using a weapon without attachments to earn a certain number of medals, including three One Shot, One Kill Medals in 15 different matches.

This is all expected to stay the same when everything goes back online in the coming days.

The big thing to note right now is that the Call of Duty Crossbow has been removed from the game.

The reason behind this is that this new item was added by mistake, and appears to have been done too early.

The good news is that the Crossbow looks set to join the Cold War roster in the coming weeks.

This might be part of a big Call of Duty Season 2 update, which is expected to drop at the mid-season point.

Here is the official explanation from Activision on today’s Crossbow rollout in Black Ops Cold War:

“An issue with the R1 Shadowhunter weapon appearing earlier than planned in Warzone and Black Ops Cold War has been resolved.

“Refunds are planned for players who purchased the bundle while it was live in the Store, and the bundle and the in-game challenge will return at a later date.”

And there are the official patch notes for today’s Cold War update, available to download now:

We’ve seen a lot of love for the new E-Tool melee weapon in Zombies since its release last week, and we’ve also heard some requests to give it a little extra TLC in Multiplayer. Today, that wish is granted.

With our latest update, the E-Tool has been upgraded from a 2-hit kill to a 1-hit kill in MP, and now boasts a faster melee swipe time and an increased boost to movement speed when equipped. Go forth and bonk heads to your heart’s content.