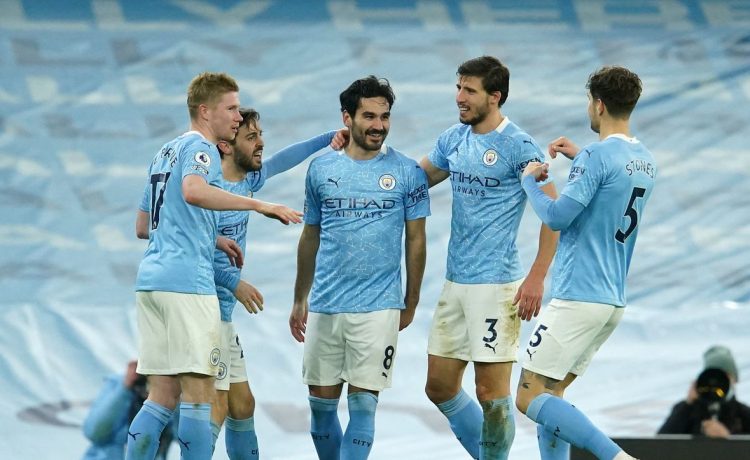 Liverpool now have a mountain to climb in the title race following their 4-1 defeat to Manchester City on Sunday with Ilkay Gundogan once again the star of the show for Pep Guardiola’s side. Attention may now need to already turn to next season and looking at Jurgen Klopp’s squad with Georginio Wijnaldum’s future still up in the air.

Gundogan may have hit the headlines for City in their recent run of form with some sensational goals, but he’s often been an under-stated member of Guardiola’s starting line-up.

The midfielder moved to the Etihad from Borussia Dortmund in 2016 and didn’t take long before becoming a staple in the side.

But in a team which has included David Silva, Kevin De Bruyne and Fernandinho over the years, Gundogan’s impact has sometimes been overlooked.

The Germany international has scored some important goals over the years but his presence in midfield has also given Guardiola the opportunity to rotate players around.

Gundogan has shown an ability to get forward and join City’s attack but he’s also been as effective on the defensive end when needed.

He once again showed off his goalscoring exploits against Liverpool with two excellent finishes to make up for his missed penalty.

But his efforts on the opposite end of the pitch were also paramount to City’s ability to stun Liverpool’s offensive threat.

And that also applies to Wijnaldum’s influence at Liverpool in midfield over the past few years.

The Dutchman has been Klopp’s most trusted midfielder, particularly over the last two seasons.

His impeccable injury record has seen him rack up more minutes than any other midfielder since Liverpool won the Champions League in 2018.

Wijnaldum may not have been able to replicate the goalscoring exploits from his international duty at Liverpool, but his role on Anfield is slightly different.

Like Gundogan, Wijnaldum is relied upon to do some of the dirty work while the attacking trident of Mohamed Salah, Roberto Firmino and Sadio Mane are given the freedom to roam.

It’s not to say that Wijnaldum doesn’t get forward and when he’s at his best, Liverpool generally look a much more potent threat.

And that makes his contract situation with the club even more baffling considering how highly valued he is by Klopp.

Adam Lallana’s time at the club came to a natural end last season as his role under Klopp diminished due to a number of injuries.

But allowing Wijnaldum to run down his contract with seemingly no extension in sight remains mind boggling.

Guardiola has managed to keep the nucleus of his team since his arrival and that’s been a large part of their success under the Spaniard.

Letting Wijnaldum walk away for free could set a worrying trend at Liverpool at not being able to keep their most important players happy and time is running out to find a solution.