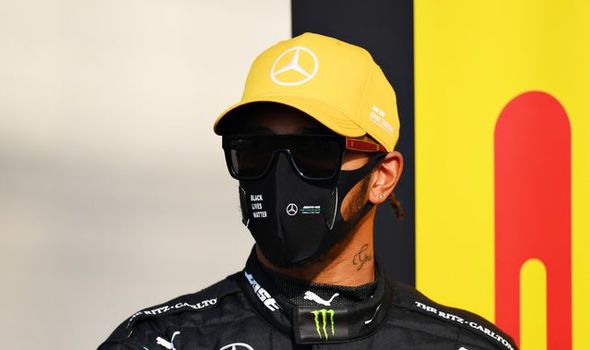 Lewis Hamilton is reportedly closing in on a new deal with Mercedes with the new Formula 1 season a matter of weeks away. The seven-time world champion is technically unemployed since his contract elapsed at the end of 2020.

There have been lengthy negotiations between Hamilton and the team he has been with since 2013.

Some reports had suggested the Brit could call time on his legedary career, if there weren’t certain compromises made in negotiations.

It has been said that Hamilton is looking for his £40million salary to remain the same, while the team themselves would prefer to cut some costs.

But according to F1 Insider, Hamilton appears to have won the battle with a report claiming his wages will remain the same.

They suggest that an agreement has been reached between the two parties following a period of ‘long wrangling’.

According to the report a new deal could be announced by the end of next week, with the Bahrain Grand Prix at the end of March.

Hamilton will reportedly have the opportunity to market two advertising spaces on his helmet and overall himself.

The news will come as a major boost to Stefano Domenicali, with the recently named F1 CEO making it clear how much he wishes Hamilton to stay.

“I had already many, many years in the past to manage drivers, to see what is the best one or the other,” Domenicali said.

“Both [Hamilton and Russell] are incredible drivers.

“Therefore, as soon as we will know what will be his future, I think that it will be great to see him fighting for something that no-one would have thought possible to achieve after the Michael [Schumacher] era.

Meanhwile, F1 managing director Ross Brawn believes there is little chance Hamilton will turn his back on the sport and instead believes negotiations are part of the entertainment.

“It’s up to Mercedes and Lewis to find their solution, but it would be a great shame for Lewis (to stop),” Brawn said.

“I don’t imagine for a moment that it’s going to happen.

“I think Lewis loves the sport too much, Mercedes like Lewis too much.

“There’s a bit of jousting going on, clearly, between Toto and Lewis, and that’s all part of the entertainment!

“But we want Lewis to continue. He’s a huge figure in the sport.”