Kylian Mbappe’s magic overshadows something even more important for PSG 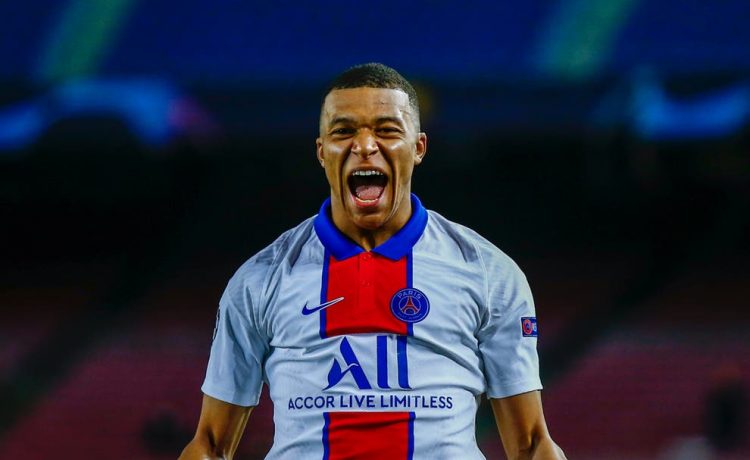 The purity of Kylian Mbappe’s crowning goal at Camp Nou should bring clarity to a lot of wider questions. That is the persuasive force of such preternatural finesse.

For one, any club thinking about investing fortunes in Lionel Messi should instead be investigating if they can use it for Mbappe.

This isn’t to dismiss the Argentine, or even necessarily say he is no longer the best in the world. It is just to accept that he probably only has a few years left at the top, and that is likely in an adapted role to cater for waning physical powers. It would be a legacy act, if still a brilliant one.

By contrast, Mbappe now looks the main event. He is a superstar, coming into his prime, and possibly not yet near his peak. That is what makes that statement performance at Camp Nou even more exciting. His age alone, at 11 years younger than Messi, warrants that investment.

If the night should change the approach of those going for the Argentine, though, it should maybe change Messi’s thinking on where he goes next.

The feeling over the past few weeks had been that the Argentine was minded to stay. This was a painful reminder of how bad things really are at Barcelona, how deep the problems go, how far they are off the greatest victories. They do have a lot of young players, who represent promise, but they also require a progressive structure.

It is, in short, the type of overhaul a figure like Mauricio Pochettino should be spearheading. He represents that freshness, that modern thinking, that change of mentality. Imagine him with some of those young players, like Pedri.

One of the compelling elements of this game was Paris Saint-Germain finally looking like what many have long imagined they should.

They looked like a completely different prospect, a fresh and exciting team, rather than some kind of abstract political project weighed down by reputation and big names. There was a vibrancy about them.

There is also an edge to that for some in England.

How many clubs had the opportunity to go for Pochettino in the last year? How exactly did Daniel Levy come to the conclusion that this man should be sacked, rather than giving him the opportunity to rebuild that his work warranted? And how did Tottenham Hotspur go from this idea of football to that of Jose Mourinho?

For Levy’s part, there had been signs of restlessness from Pochettino, and some believe he wanted either a rest or a different challenge by that point.

Others in the game would say he deserved a step up, that he had taken Tottenham as far as he could.

This first statement win with PSG was actually reminiscent of his first step with Spurs.

Back then, after a late 1-0 win away to West Ham United, Pochettino spoke of how the stoppage-time goal signalled the change of mentality that was necessary; to stop being so defeatist.

There was a symbolism here, too. So much of the build-up naturally involved discussion of PSG’s last visit to Camp Nou, which was the most traumatic night in the club’s history. A certain trepidation would have been understandable, maybe inevitable.

For Pochettino, it was irrelevant, not to be considered. The club’s neurosis about the Champions League and the opponents was banished, on their own pitch.

It of course helped that Barca had to consider Mbappe. That is the strength of PSG’s array of stars – and they are of course considering Messi on top of that.

If the Argentine does want to win the trophies his talent warrants at this stage of his career, it is something he must be thinking about again. He can no longer afford to wait.

Mbappe is meanwhile seizing the stage himself.

Another repercussion of this game was that it looked like PSG were lifting themselves onto the level of Bayern Munich and Manchester City, as the stand-out favourites for the competition. It is going to take a lot, or a lot of luck, to stop them.

That was as clear as Mbappe’s supreme finish.