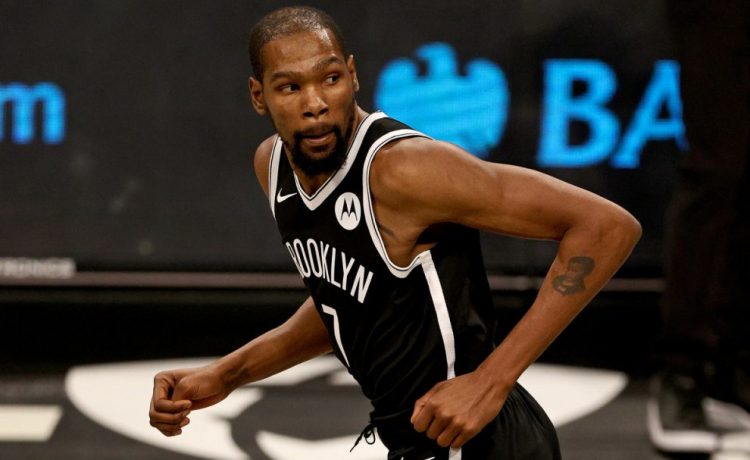 The Nets will look to complete a impressive 5-0 Western trip on Sunday against the Clippers in Los Angeles, but they will do so without Kevin Durant for a fourth straight game.

Nets coach Steve Nash said Saturday that Durant has been ruled out again with a strained left hamstring.

“I don’t have a timeline, but he’s out for [Sunday],” Nash said. “[He’s] still just trying to regain that strength and his rehabilitation.

“Like I keep saying, I don’t think this is a long-term thing but there are elements of maybe it taking a few more days than we thought or just being cautious. I think right now both are necessary. I don’t think he’s ready, I think he needs more time but we’re also definitely going to be cautious.”

Durant leads the Nets in scoring with 29.0 points per game over 19 appearances in his first season since suffering a ruptured Achilles tendon in 2019. He injured his hamstring in the road-trip opener Feb. 13 against his former team, the Warriors.

Nash said he expected the 10-time All-Star to participate in some drills during Saturday’s workout.

“I think he’ll probably do something on the floor today, but very light and just as a part of continuing to progress,” Nash said. “He’s still doing his strengthening, still trying, I’m sure, to limit the inflammation … and then maybe a little bit of core work and movement to see where he’s at.”

The Nets’ signing of wing Andre Roberson last week reunited him in Brooklyn with injured guard Spencer Dinwiddie. They were college teammates at Colorado, and Dinwiddie has a son with Roberson’s sister Arielle, who also played basketball for the Buffaloes.

“Spencer’s been talking about it for a couple years now, but finally we made it happen,” said the 29-year-old Roberson, who also was a teammate of Durant’s for three seasons in Oklahoma City.