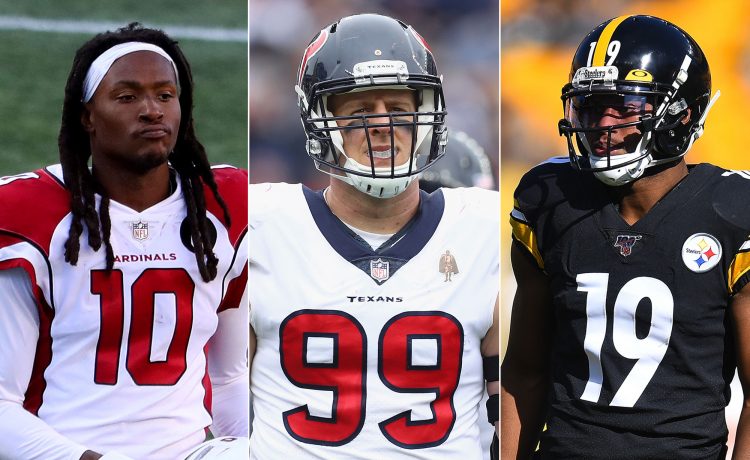 With no passes to catch in February, DeAndre Hopkins and Juju Smith-Schuster are throwing Hail Marys.

Two of the NFL’s top receivers made public pitches Tuesday to free-agent pass-rusher J.J. Watt to join their teams. Watt is eligible to sign with a team immediately, after he asked for and was given his release last week by the Texans.

It started with Hopkins publishing on Instagram a photo of Watt bringing him in for a hug during the seven years when they were Texans teammates, edited to be in Cardinals uniforms. The caption reads, “Let’s finish what we started …”

Hopkins was traded to the Cardinals last offseason, when the Texans began breaking down the nucleus of a team that couldn’t get past the second round of the playoffs. Aided by a monster season from Hopkins, the Cardinals were in the playoff hunt until the final week of the regular season. One of their needs is a pass-rusher who can line up opposite Chandler Jones.

Not be outdone, Smith-Schuster commented on Hopkins’ message, trying to lure Watt to the Steelers.

Smith-Schuster used five laughing face emojis and wrote, “come play with your brothers lol.” Watt’s two younger brothers, T.J. and Derek, are Steelers teammates. But he might be more interested in facing his brothers as a member of the rival Browns, according to a report.

The subtext there is that Smith-Schuster apparently expects to remain with the Steelers. He is set to become a free agent in March and could be the top receiver available if Allen Robinson, Kenny Golladay and Chris Godwin all are franchise-tagged.