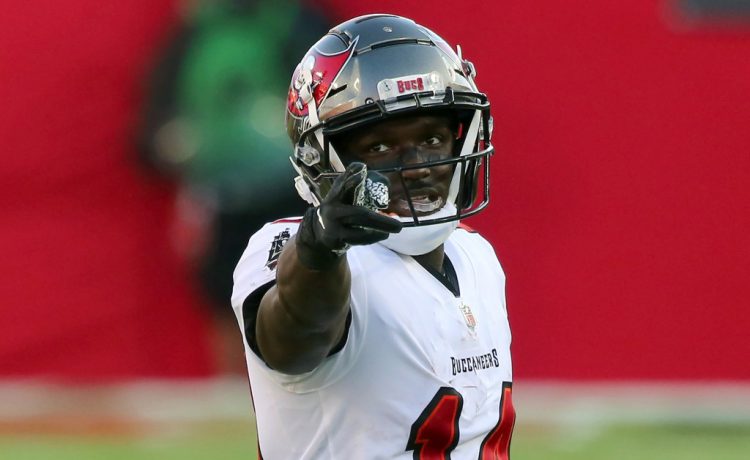 Robin was never as successful without Batman by his side.

Just something that wide receiver Chris Godwin might think about if the Buccaneers allow him to test free agency after Super Bowl 2021. It then would be up to Godwin to decide whether to leave Mike Evans and break up what he unabashedly considers the best tandem in the NFL.

“I would consider us the Dynamic Duo,” Godwin said Monday. “We’ve been putting that on tape the last couple years. Mike is a beast … and me being a younger guy still ascending I like where I’m going and the experience I’m gaining. I’m confident in my ability.”

Evans became the first player in NFL history with 1,000 receiving yards in each of his first seven seasons. Godwin has been along for four of those and broke out last season with 86 catches for 1,333 yards as he added playing in the slot to his repertoire. Godwin’s targets declined this season after another all-time great receiver, Antonio Brown, joined the cast in Week 9.

“As a young guy, being an All-Pro and top three in the major receiving categories, that’s such a blessing,” Godwin said. “Those are the things I dreamed about as a kid, being in the NFL and making those types of plays. But it’s even cooler now. This is the biggest dream I had as a kid: Playing in the Super Bowl.”

The Buccaneers must decide whether to use their one-year franchise tag on pass-rusher Shaq Barrett or on Godwin. If Godwin hits the open market — Brown is a free agent, too — he is projected to command about $18 million per year to be a No. 1 receiver.

“All that is interesting,” Godwin said of the scenarios on tap. “I’m very much aware of all of those different possibilities, but what I’ve done this whole season is choose to not focus on it. At this point, all of those things are out of my control.”

An elite wide receiver who stretches the field is at the top of the wish list for the Giants and Jets, as well as Godwin’s hometown Eagles. Godwin averages 14.5 yards per catch in his career, is a willing run-blocker and ranks among the NFL leaders in contested-catch rate.

“While all those things are down the road and problems I’ll have to address when they come,” Godwin said, “I’m solely focused on this Super Bowl and helping my team bring this home. I’m not going to allow anything else to steer my focus away.”

Godwin’s playoff debut was shaky with five drops — the most in a playoff game since 2007 and more than he had during the entire regular season — in a win against Washington, according to Pro Football Focus. He bounced back with 110 yards in the NFC Championship game, including a 52-yard reception on a jump ball.

Sounds like a No. 1 receiver. Will he get — or want — the chance to show it without Evans?

“I don’t know if I can say enough about Mike,” Godwin said. “I’ve been so honored to play alongside him and learn from him.”