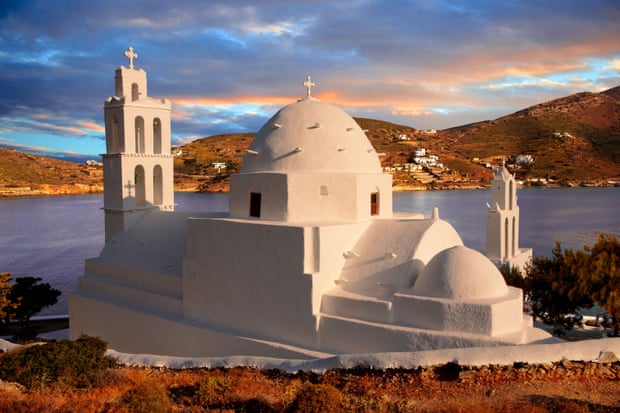 Lockdown weary Britons who are desperate for some Mediterranean sun are ignoring summer holiday deals and instead setting their sights on an October escape, according to UK tour operators.

Thomas Cook said 40% of its recent holiday bookings are for October onwards – compared with about 10% at the start of January, suggesting consumers are heeding government ministers’ comments about sticking with the UK for holidays, despite the travel sector’s messaging that foreign holidays will be possible this summer. Head of communications David Child said autumn bookings were primarily for beach holidays in the Canaries, Turkey, Greece and Egypt, as well as city breaks to New York and Las Vegas.

Smaller, independent businesses are reporting similar booking patterns with consumers holding off until at least late summer, and those who had already booked for summer postponing. David Matthews, who runs Further Afield, a collection of small hotels, B&Bs and self-catering properties in the UK and Europe, said property owners he spoke to this week have seen every booking for May pushed back to the autumn. Matthews, who also owns a guesthouse in Andalucía, added that bookings for his own business were from the domestic market and Germany: “We have not seen anything at all from the UK.”

Matthews said August 2020 was one of the best ever for his guesthouse, driven by interest from Spanish holidaymakers and English expats living in Spain. “Last year we were forced to reassess how we market and to whom, and we are doing that again this summer.”

I-escape, another collection of boutique places to say, says its earliest bookings for overseas properties are from early September. By contrast, it has just a handful of UK properties left with availability in July and August.

The autumn lift is being driven by couples, particularly the over-50s who are confident they will have been vaccinated by then. A knock-on effect of the late bookings is that resorts are likely to extend their season. “Places like Greece often shutdown in the autumn but that will change if there’s a surge in demand,” said Sean Tipton of the travel association Abta.

But the lack of bookings over the summer leaves tour operators and travel companies in a perilous position. Brittany Ferries head of communications, Nigel Wanncott, said new bookings for summer 2021 are already 50% down on pre-Covid years, and those who have booked in advance are starting to cancel. “We’ve already written off spring. Now people who have booked for summer are beginning to wobble – it’s not an exodus yet but we are worried. A disastrous summer where people are discouraged from travelling would put us in a serious situation.”

With the prospect of losing a second summer’s income, a coalition of 12 travel organisations, Save Future Travel, has written to the chancellor requesting tailored financial support for the travel sector in next month’s budget. “Not only would another summer season lost to the pandemic be a seismic blow to the industry, it would also threaten the industry’s and UK’s recovery,” it said in the letter.

Cottages.com, which has 19,000 UK properties on its books, took 8,000 bookings last weekend, breaking its previous record set last June when travel restrictions were lifted. Nearly half the breaks sold were for July and August, and 50% were for coastal stays.

“These are astonishing figures,” said Simon Altham, group chief operating officer at parent company, Awaze. “We saw a rapid increase in bookings last week off the back of the tightening of European travel restrictions, and that momentum only gathered pace over the weekend.”

UK holiday bookings were already surging as borders closed and ministers refused to be drawn on whether restrictions will be lifted in time for foreign travel to resume over the summer. Premier Cottages said last week its bookings were 405% up on the same week in 2020, as people panic book holiday homes for the summer.

“A lot of our capacity was taken out by bookings shifted from the last lockdowns being moved into 2021,” said Premier Cottages chair Beth Bailey. “Family properties sleeping four to eight people are 75% sold out and larger properties for more than 10 guests are nearly all booked for the peak season too.”