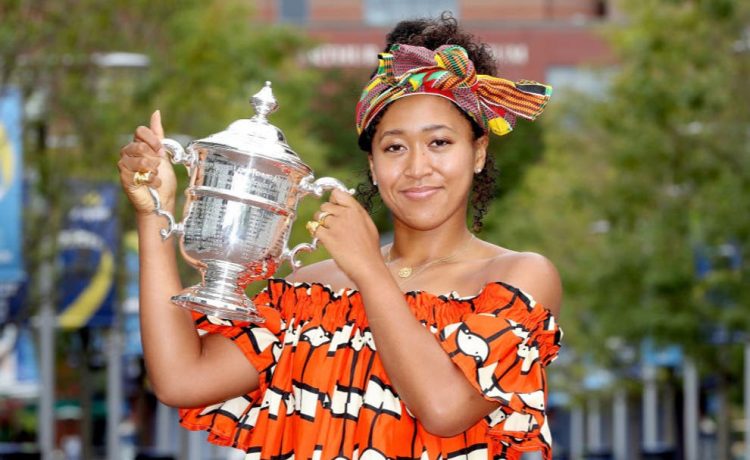 The Australian Open used to be the most unpredictable of the four Grand Slam tournaments, with form hard to assess so early in the season. In the first decade of this century men’s finalists at Melbourne Park included Marat Safin (world No 86), Marcos Baghdatis (No 54), Jo-Wilfried Tsonga (No 38) and Rainer Schuettler (No 36).

The excellence of the game’s leading players has changed that pattern in recent years – of the last 24 men’s finalists only Roger Federer (world No 17 when he won the title in 2017) was not ranked in the top 10 – but it would be no surprise if the 2021 tournament beginning on Monday was once again littered with upsets.

There has never been a build-up to an Australian Open quite like this year’s. Although the coronavirus pandemic forced the start to be delayed until February for the first time in more than a century, many players are going into the tournament with major doubts over their form and fitness.

Most had not played a competitive match for three or four months before the warm-up tournaments that have been staged in Melbourne over the last seven days, while their preparations were interrupted by a fortnight’s compulsory quarantine upon their arrival in the city in mid-January.

Although most players were allowed out for five hours a day to train during their quarantine period, 72 had to stay in their hotel rooms throughout because they had arrived on flights on which travellers subsequently tested positive for the virus.

The warm-up events in Melbourne were littered with retirements and withdrawals, with Stan Wawrinka, Serena Williams, Naomi Osaka and Victoria Azarenka among those not wanting to risk their fitness. Rafael Nadal did not play because of an ongoing back issue, while Sofia Kenin, the defending women’s champion, has a leg problem which saw her leave the court in tears on Friday.

Despite the possibility of multiple upsets, this Australian Open could provide the best chance 39-year-old Williams will have of equalling Margaret Court’s all-time record of 24 Grand Slam singles titles, provided she can overcome her shoulder problem. Coming into a Grand Slam tournament with few matches under her belt has never been a problem for Williams, who looked in good form last week.

Since winning the Australian Open in 2017 Williams has reached four more Grand Slam finals – and lost them all. On occasions the pressure of trying to match Court’s total has got to her, but she insisted on Saturday that it was good for her to have the record in her mind. “I think it’s a different burden on my shoulders because I’m used to it now,” she said. “It’s more relaxing I would like to say.”

Osaka, who has won three of the last five Grand Slam tournaments on hard courts, is the bookmakers’ favourite, closely followed by Ashleigh Barty, who played her first tournament for nearly a year last week. The world No 1 chose not to play in any of the events staged last year following the resumption of competition.

Barty showed she had lost none of her sparkle in winning the title with victory in Sunday’s final over Garbine Muguruza, who until that match had looked in excellent shape. The 2019 US Open champion, Bianca Andreescu, who has had a knee injury, has had an even longer break, having not played for 15 months. Iga Swiatek has not competed since her stunning triumph at last year’s French Open and admits she is feeling under pressure.

Simona Halep was runner-up in Melbourne in 2018 and reached the semi-finals in 2020, while Petra Kvitova has made the final and quarter-finals in the last two years. Aryna Sabalenka arrived as the form player, having won three tournaments in a row, only to suffer a surprising defeat first time out last week. Azarenka, who made a fine comeback in 2020, won the title in Melbourne in 2012 and 2013 but has been dealing with a back problem.

While the women’s singles looks wide open, Novak Djokovic is a hot favourite to win the men’s title for a record ninth time. To do so, nevertheless, he will have to put behind him some less pleasurable memories since he won in Melbourne last year. His low points in 2020 included organising an ill-fated exhibition tour in the Balkans which was scrapped after a number of positive Covid tests, being defaulted at the US Open after accidentally hitting a line judge with a ball knocked away in anger, and a comprehensive defeat to Nadal in the French Open final.

Of the other members of the “Big Four”, Roger Federer is missing following knee surgery, Andy Murray is absent after testing positive for the virus last month and Nadal is talking down his chances because of his back injury. “All the positive feelings that I had one or two weeks ago have disappeared a little bit because I was not able to practise the right way for the last week and a half,” Nadal said.

Meanwhile the younger generation are looking increasingly threatening. Dominic Thiem, runner-up to Djokovic in Melbourne last time, won his first Grand Slam title at last year’s US Open, while Daniil Medvedev claimed the biggest win of his career when he won the season-ending Nitto ATP Finals in London in November. Stefanos Tsitsipas was a Melbourne semi-finalist two years ago, Alexander Zverev reached his first Grand Slam final at last year’s US Open and Andrey Rublev won more titles (five) than any other player on the main tour last year.

What of British chances of success? Few players are in better form than Dan Evans, who claimed the first title of his career on Sunday with his emphatic victory over Felix Auger-Aliassime in one of the Melbourne warm-up tournaments. Evans’ best run at a Grand Slam tournament saw him reach the fourth round of the Australian Open in 2017 and he could be in one of the weaker sections of the draw if Nadal is struggling. Nevertheless, Evans faces a tricky first-round encounter with Cameron Norrie, who is the only other Briton in the men’s draw.

Johanna Konta, a semi-finalist in 2016 and quarter-finalist in 2017, is back working with Dimitri Zavialoff, who coached her in 2019, when she reached the last four at Roland Garros. However, Zavialoff has not travelled to Melbourne, where Konta is instead accompanied by Dan Smethurst, her hitting partner. Konta can only play qualifiers in the first two rounds, which could give her a chance to build up some momentum.

Heather Watson, who won her first tournament for four years just before last summer’s shutdown but has not made much of an impact since, faces Kristyna Pliskova in the first round, having beaten the Czech at the stage of last year’s tournament.

Katie Boulter, who hopes to have put long-term injury issues behind her, found some excellent form last week, beating Cori Gauff and taking a set off Osaka. She takes on Daria Kasatkina in the first round, with the winner likely to face Sabalenka.

However, the Briton with the most remarkable story to tell is 20-year-old Francesca Jones, who reached the main draw of a Grand Slam tournament for the first time by winning three matches in qualifying. The world No 245, who was born with a rare genetic condition, has a finger missing on both hands and is without three toes, but has never let her physical issues get in the way of her burning desire to forge a professional tennis career.

Jones faces Shelby Rogers, a hard-hitting American, in the first round. Whatever the result of that match on Tuesday, she is already one of the sport’s big winners in 2021.