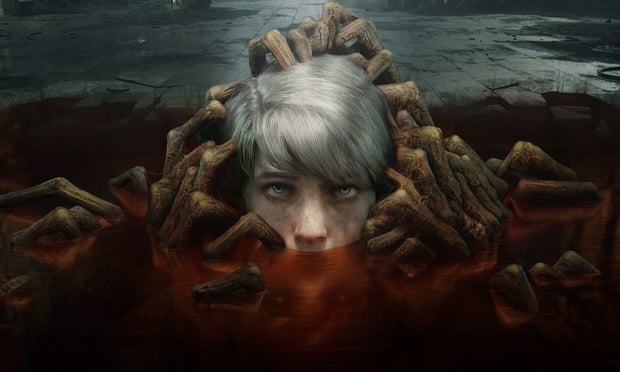 The nights are still coming in early this January lockdown, and the end of winter is a perfect time to depart the horrors of this reality for those of another. So I spent three nights playing The Medium, Bloober Team’s latest dread-inducing, otherworldly game. On the first night I was thrilled, on the second night I was furious, and by the end I was confused and disappointed.

The Medium is a game about duality. Our protagonist, Marianne, inhabits both this world and a spirit realm, and we control her in sync as the screen splits to show us two places, two paths at once. This unusual cinematography and visual design is deeply impressive.

The majority of the story takes place at the abandoned site of a massacre: The Niwa Resort, a holiday park in rural Poland, to which Marianne is summoned by a mysterious phone call. This resort setting provides wrecked, tense environments to stalk around – empty swimming pools, doctors’ surgeries, places where children once played. When we experience the spirit side of this location, we see a more abstract interpretation of the pain the massacre caused: surfaces become rancid, tentacles spiral out from nowhere, teeth dapple the walls. In the real world, Marianne is equipped with bolt-cutters to clear her path; in the spirit realm, she cuts open sheaths of flesh with a switchblade made of bone. The puzzles are investigative and tense at first. We listen to echoes of conversations from the past, we gather scraps of paper to piece together the story. Then, towards the start of the second act, it all comes apart.

Not unlike Bloober Team’s earlier Layers of Fear, the story is prone to tone-deaf tropes. For example, it reaches to empathise with the paedophile artist who abuses one of the characters, voyaging into the psyche of the abuser during the first of a handful of jarring perspective changes. This narrative displacement may have been intended to be disorienting, but was instead frustrating. Our reserved and confident protagonist disappears for these segments, and we control a male character, Thomas, who inexplicably has double her physical prowess. Where Marianne puzzles her way through cordoned-off areas, Thomas simply blasts them open with powerful psychic energy. Marianne explores Niwa, and Thomas the psyches of bad men. Marianne solves mysteries, Thomas blows things up. This further splitting of the narrative is muddled and slows the pace, jarring the atmosphere.

Intergenerational trauma as a theme within horror storytelling can make room for us to explore our own fears within the bounds of fiction, but it needs the space to do so. The Medium attempts to corral postwar horror, child abuse, mass violence, family and monstrosity without ever truly interrogating any of them. The mishandling of such huge subjects defeats the power of the work – by the time we are examining the ninth or 10th ragged toy doll to find a clue, the tension has long dissipated.

The Medium is hugely ambitious and could have been a site for incredible, innovative storytelling. Instead, it fumbles sensitive topics, plot points evaporate into thin air, and characters who are studied closely are left behind and never mentioned again. Even while taking notes, the story became difficult to follow. It took me 12 hours over three nights to play, and towards the finale I was astounded by how a game so short could feel so long.

This certainly is a game of two worlds: one very beautiful and one very empty, unfortunately leaving us with a game that is all skin and no spirit.