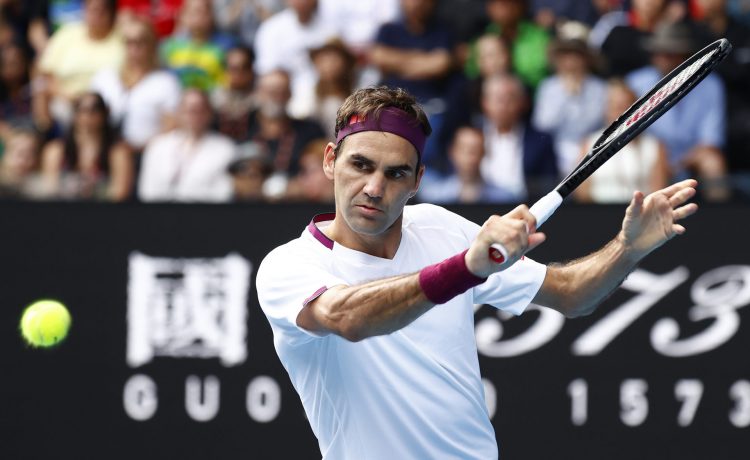 MELBOURNE, AUSTRALIA - JANUARY 28: Roger Federer of Switzerland plays a backhand during his Men’s Singles Quarterfinal match against Tennys Sandgren of the United States on day nine of the 2020 Australian Open at Melbourne Park on January 28, 2020 in Melbourne, Australia. (Photo by Mike Owen/Getty Images)

Roger Federer did not withdraw from the Australian Open because of injury or fitness concerns contrary to previous claims, according to the director of player relations at the Australian Open. Federer has not played competitively since January 30 last year after exiting the Australian Open at the hands of Novak Djokovic at the semi-final stage following major knee problems during the event.

The 39-year-old has since had two procedures on his right knee and initially the Swiss star stated he was hoping he would be back for the Australian Open in February.

On December 27 it was confirmed Federer would miss the tournament for the first time in more than 20 years.

Tony Godsick, Federer’s long-time representative, told the AP: “Roger has decided not to play the 2021 Australian Open. He has made strong progress in the last couple of months with his knee and his fitness.

“However, after consultation with his team, he decided that the best decision for him in the long run is to return to competitive tennis after the Australian Open.

“I will start discussions this coming week for tournaments that begin in late February and then start to build a schedule for the rest of the year.”

The suggestion of Federer’s absence being due to his rehabilitation following knee surgery then appeared to be reiterated by Craig Tiley, the Australian Open Tournament Director.

He said: “In the end Roger ran out of time to get himself ready for the rigours of a Grand Slam and he’s very disappointed he won’t be coming to Melbourne in 2021.

“The Australian Open has always held a special place in his heart – remember it was Roger who first called the AO the ‘happy slam’.

“We wish him all the best as he prepares for his comeback later in the year and look forward to seeing him in Melbourne in 2022.”

The sporting icon has six Australian Open trophies to his name, winning the 2017 and 2018 events.

And Andre Sa, the Australian Open director of player relations, claimed the impact of the Covid pandemic was the primary reason for Federer being absent this year.

“The main reason was the quarantine,” Sa told Ace BandSports.

“I talked to him a month ago and he had two options. He could come with the whole family and quarantine. The problem is that Mirka (Federer’s wife) and her children couldn’t leave the room. They would have to stay 14 days in the room.

“The exception is only for players. He could go out, train, and come back, but the family couldn’t. Mirka did not approve the idea.

“The other option would be for him to come alone. Only there would be at least five weeks away from family and children.