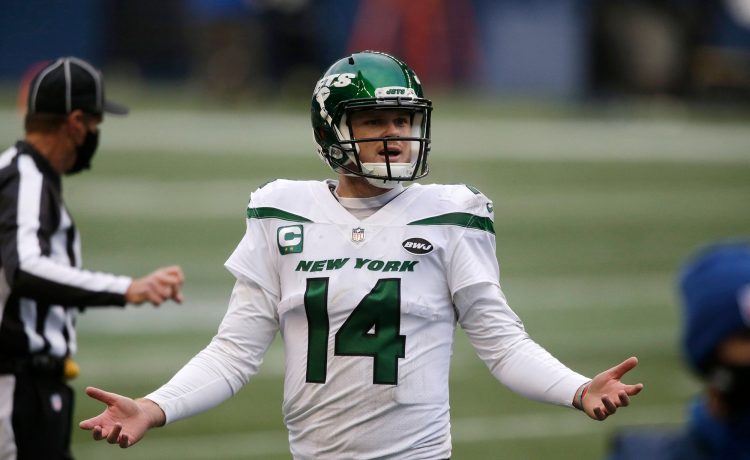 Saleh made plenty of nice statements about Darnold during the coach’s introductory press conference Thursday, but he stopped short of saying Darnold would be the team’s quarterback in 2021.

“He’s got unbelievable arm talent,” Saleh said. “There’s a reason why he was the No. 3 pick in the draft. He’s fearless in the pocket. He’s got a natural throwing motion. He’s mobile. He’s extremely intelligent and he’s tough as nails. His reputation in the locker room is unquestioned. Just that in general, there’s a reason why he was the third pick in the draft and you can see all those qualities on tape and around the building in the way people speak about him.”

The Jets have a major decision to make on Darnold. He has been a disappointment in his first three seasons, but he is only 23 and many people believe he can improve in a better offensive system and with better players around him. Saleh hired Mike LaFleur as his offensive coordinator to implement the Kyle Shanahan offense, which is quarterback friendly.

In the past week, there also has been a push from media and fans for the Jets to explore a trade for disgruntled Texans quarterback Deshaun Watson. Jets general manager Joe Douglas was asked about Watson, but could not say anything because of the NFL’s tampering rules.

“I can’t get into any discussions about a player that’s not on our team,” Douglas said. “Like [Saleh] alluded to and I’ll say now, our next step in the process is to get together as a staff, go over all the guys that are on our team, really get their perspective from watching the tape and include the perspective of the people that have been here the last few years. It’s going to be a really great meeting that really sets the foundation for our offseason.”

Douglas said the only conversations about players he has had with Saleh have been during the interview process. Saleh has been focused on building his coaching staff. They can now begin their evaluation of not just Darnold, but everyone on the roster.

“There’s a lot of things that we have to do moving forward,” Saleh said when asked if Darnold would be his starter entering training camp. “We’re just getting the staff into the building. There’s so many things we have to do from an evaluation standpoint with regards to the entire roster, not just the quarterback. To give you that answer right now would not be fair. There’s a lot of discussions that need to be had with Joe’s staff and himself. To give you that answer right now would be a bit premature.”