HomeLeaguesNets trying to head off any starting center debate
Leagues

Nets trying to head off any starting center debate 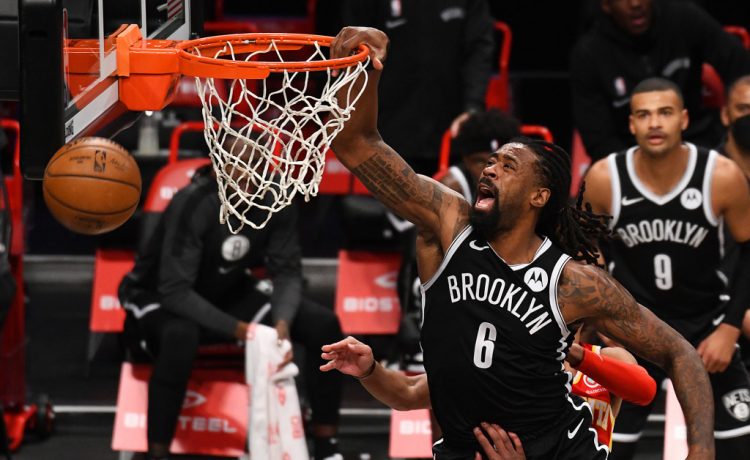 Steve Nash insists the Nets don’t have a center controversy, and wants to head off any debate before it starts. DeAndre Jordan remained the starter Friday against the Hawks, but Jarrett Allen got more playing time, which probably will continue.

When asked whether Jordan’s relationship with Kevin Durant and Kyrie Irving or his steady experience out of the gate played a role in his starting, Nash said it all did.

“A bit of everything. He definitely has that relationship with Ky and Kevin. He has that experience as the older player. Caris [LeVert] and JA also have good chemistry. So, it’s a bit of everything,” Nash said before the Nets’ 114-96 loss. “It’s just not something I’m belaboring. Jarrett’s going to play a lot. I love him on the floor. I want to be very careful not to make it like a mini-drama because it’s not.

“They both play. JA has been outstanding and will play plenty, if not the bulk of the minutes, but for right now, he’s just playing those minutes from the second unit. He closed the game against Atlanta [on Wednesday].… I just don’t want it to become some sort of thing where we’re pitting our own guys against each other because I think the group has got a pretty good vibe right now.”

Allen finished with five points and four rebounds in 22:03 off the bench in his quietest outing of the season. Jordan had eight points and five rebounds, but has had a slow start compared to Allen.

“That’s my brother, man. We have been friends for a long time,” Jeff Green said of Jordan. “He knows how to play. I’m just that voice in his ear that’s telling him to play your game. He knows the season is ups and downs, and like every player that plays this game, you’re going to get frustrated at some point. And as a teammate, my job is just to be there for my teammate and that’s all I was doing: Just being there for him knowing that I’m living with whether he plays bad, whether he plays good, I am with him. I got his back and I’m there for him.”

Timothe Luwawu-Cabarrot stayed in the lineup despite a shooting slump. Nash said he likes his 3-and-D profile next to Durant and Irving.

“TLC is a good complement in the starting unit,” Nash said.

“Get back to work [Saturday], keep trusting in him. I feel like every time he shoots the ball it’s going to go in, so him having that confidence, it’s as long season, there’s going to be games where you don’t shoot the ball well,” Durant said. “He was still active and we’ll need him going forward.”