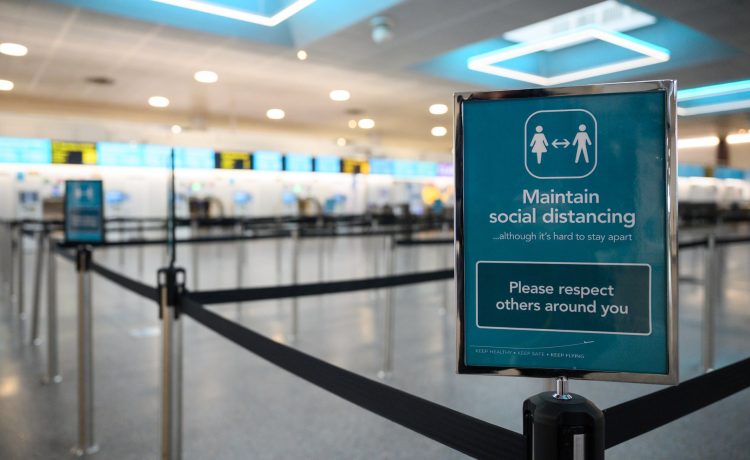 International travellers will need to present a negative Covid-19 test to enter England from 4am on Friday.

The government confirmed the start date on Tuesday morning after announcing the plans last week. Passengers will be required to take a test in the 72 hours before departure by plane, train or ferry, and provide evidence of a negative result or be refused permission to board.

The move comes in response to the worsening incidence of transmission around the world and particularly the emergence of new coronavirus variants, ministers said.

Arrivals will still need to isolate for 10 days in the UK, or opt into the test-to-release programme, which potentially allows people to leave quarantine from the fifth day with a fresh negative test.

The transport minister Robert Courts said: “Both globally and domestically we are seeing significant increases in levels of coronavirus, including the emergence of worrying new strains.

“It is therefore imperative that we ensure we are doing all we can to protect travel, reduce the risk of imported infections, including from new variants, and protect our NHS while national lockdown and vaccinations take effect.”

The test standards are yet to be set out but will be mainly PCR tests and limited lateral flow tests. Courts said the UK government website would provide information on the kind of tests and documentation needed.

The rules will also apply to British nationals, who would need to stay abroad and follow local rules on self-isolation if testing positive. The onus will be on airlines or other transport operators to check for a negative test and deny boarding without documentation, or face being fined. Passengers found at the border to be non-compliant will also be fined at least £500.

Children under the age of 11 will be exempt, as will hauliers and transport operators’ crew. The measures are likely to be in place until the end of the lockdown, but will be reviewed before that, Courts said.

Pre-departure testing will apply to Scotland and Wales equally but the start date has not been confirmed by the devolved governments.

Airlines said they accepted the necessity for pre-departure testing but urged ministers to ensure it was lifted as soon as possible.

Tim Alderslade, the chief executive of industry body Airlines UK, said: “This is a national health emergency and ministers need to act to keep the country safe. It is true that much of the sector has been lobbying for pre-departure testing – but this was always predicated on the government removing or reducing the quarantine period at the same time. Now we have both.”

He said the policy must be a “time-limited, emergency measure only”, adding: “We cannot afford for this to be baked in over the whole summer.”