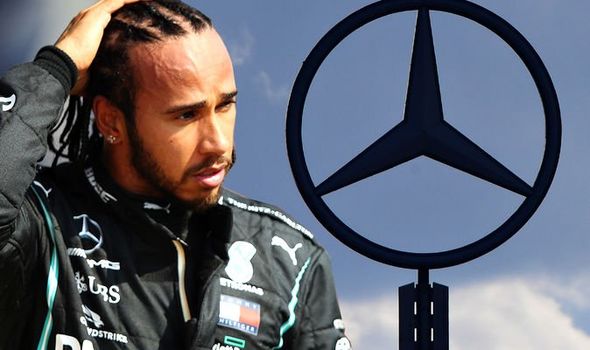 Lewis Hamilton’s contract talks with Mercedes are ‘anything but smooth’, according to reports. The Brit is currently unemployed after his deal with the Silver Arrows expired at the end of last season. The pair are expected to team up again this year but a contract extension has yet to be signed.

Hamilton and Mercedes did not sit down to discuss a new contract until after the season-ending Abu Dhabi Grand Prix last month.

Express Sport understands that Mercedes remain confident that a deal will be struck before testing commences on March 2.

But Dutch outlet Telegraaf claims there is a new problem holding up talks.

It has previously been reported that Hamilton is hoping his £40million-a-year salary remains the same despite Mercedes looking to lower their expenditures because of the coronavirus.

Now, it has come to light that talks have become difficult over the length of the contract extension.

Hamilton, 36, wants a multi-year deal, according to Telegraaf. However, the Silver Arrows are apparently only willing to offer the seven-time world champion a 12-month contract.

Hamilton can pull away from Michael Schumacher’s Drivers’ Championship record with one more successful campaign.

But they are not willing to shell out such a fee for longer than one season.

Hamilton will be keen to secure his future with Mercedes as there are no other seats available on the grid.

That means in the unlikely situation that talks break down altogether, retirement could be a possibility.

But the Brit’s father, Anthony Hamilton, has recently hinted that his son has no plans of pulling out of F1.

“He loves racing, he loves what he does.

“He has a voice now in the sport, which is also fantastic, but as far as I’m aware he’s carrying on racing.

“It’s a definite, as far as I know, the last time I spoke to him yesterday, he’s definitely carrying on racing.”