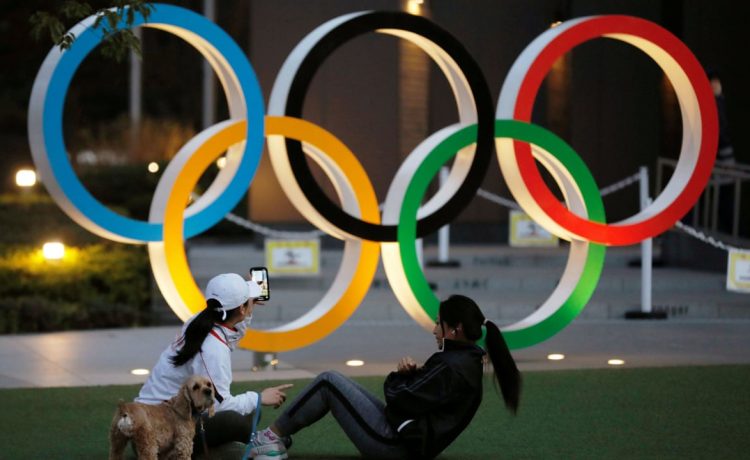 The Japanese government has vehemently denied a story that it has privately concluded that this summer’s Olympic and Paralympic Games in Tokyo are doomed, calling them “categorically untrue”.

Sources at the International Olympic Committee have also told the Guardian that they are still planning for a “full Games” in July, despite the spiralling number of Covid-19 cases in Japan and across the globe. They also dismissed a Times report that said that government officials had resigned themselves to cancelling the Olympics and were instead hoping a wave of sympathy would help Tokyo secure the 2032 Games.

“No one wants to be the first to say so but the consensus is that it’s too difficult,” the Times quoted an unnamed senior member of Japan’s ruling coalition as saying. “Personally, I don’t think it’s going to happen.”

The source added: “[The prime minister Yoshihide] Suga is not emotionally invested in the Games. But they want to show that they are ready to go, so that they will get another chance in 11 years. In these circumstances, no one could really object to that.”

However, in a strongly worded statement the Japanese government insisted that that was not the case. “Some news reports circulating today are claiming that the government of Japan has privately concluded that the Olympic and Paralympic Games Tokyo 2020 will have to be cancelled,” it said. “This is categorically untrue.”

“The renewed schedules and venues for the Tokyo 2020 Games, starting with the Opening Ceremony on 23 July this year, were determined at the IOC session in July last year. All parties involved are working together to prepare for the successful Games this summer.”

That message was reinforced by Tokyo 2020 organisers, who insisted plans would continue to deliver the Games this summer. “Prime minister Suga has expressed his determination to hold the Games; the government is leading a series of coordination meetings for Covid-19 counter measures and is implementing thorough infection countermeasures in order to be able to hold the Games,” it said in a statement.

“We hope that daily life can return to normal as soon as possible, and we will continue to make every effort to prepare for a safe and secure Games.”

The Tokyo metropolitan government also said there was “absolutely no truth” in the story, while Andy Anson, the British Olympic Association CEO, underlined that commitment in an interview on BBC Radio 5 live on Friday morning.

“We are confident the Games will go ahead – we are in constant dialogue with the IOC and the Tokyo organising committee and every message we are getting is that the Games are going ahead – there is no plan B. The noise [around suggestions the Olympics will be cancelled] doesn’t help the athletes as they need to focus on preparing for [Tokyo],” said Anson.

“The Japanese have been exceptionally good at managing their environment. I [saw that when I] was in Japan in March, just before our lockdown here. As Lord Coe said yesterday ‘if any country can make this happen it’s Japan’.”

In response to whether the Games could go ahead without fans as has been mooted, Anson stated: “ I don’t think we need to make that decision now. Those [sorts of] decisions will be put back to April or May this year. If you go back just a couple of months there were full stadia for baseball matches [in the country]. They have managed to create an environment where they can get people into venues to watch live sport.”

However, doubts still remain about whether the Olympics and Paralympics, which are expected to have 15,000 participants, can go ahead given the rising number of coronavirus cases in Tokyo.

The Australian prime minister Scott Morrison admitted on Friday that the pandemic was placing “real pressure” on the Japanese prime minister, Yoshihide Suga.

“Any prime minister anywhere, has to put, I think, the health and safety of their populations first and what can be managed,” added Morrison, who said that a cancellation “would be very disappointing for the Japanese people” and for Suga and his predecessor, Shinzo Abe, who oversaw Tokyo’s successful bid for the Games in 2013.

Suga, who is struggling to respond to a surge in Covid-19 cases that has strengthened public opposition to Tokyo 2020, said on Friday he remained committed to working with the IOC to hold a “safe and successful” event.

Japan has been hit less severely by the pandemic than many other advanced economies, but a recent surge in cases, centred on Tokyo, and intense pressure on hospitals forced Suga to declare a month-long state of emergency this month.

In addition, about 80% of the Japanese public think the Games should be postponed again or cancelled altogether, according to a recent opinion poll.

On Thursday, the IOC’s chairman, Thomas Bach, dismissed growing speculation about cancellation. “We have at this moment, no reason whatsoever to believe that the Olympic Games in Tokyo will not open on the 23rd of July in the Olympic stadium in Tokyo,” Bach told Japan’s Kyodo news agency. “This is why there is no plan B and this is why we are fully committed to make these Games safe and successful.”

However Bach’s optimism was criticised as “ignoring reality” by the leading sports marketer Robert Maes, whose experience after working with 30 national Olympic committees and five global sponsors made him deeply sceptical.

“I cannot see how the Olympics can be held in the current climate,” he said. “In Japan, we have an explosive rise of the virus cases and the seriousness of them and because of the lack of tests the true numbers are surely underreported. A vast majority of the public is saying they don’t want the Olympics. Test events need to be cancelled. Many of the people I speak to are increasingly sceptical. They won’t say that publicly but it’s true.

“There is also total silence here from all the sponsors. No activation, no servicing, because if they come out to be visible in support, they might get a huge backlash if it all goes wrong in July.”

The US Olympic and Paralympic Committee wrote on its Twitter account: “We have not received any information suggesting the Games will not happen as planned, and our focus remains on the health and preparedness of Team USA athletes ahead of the Games this summer.”