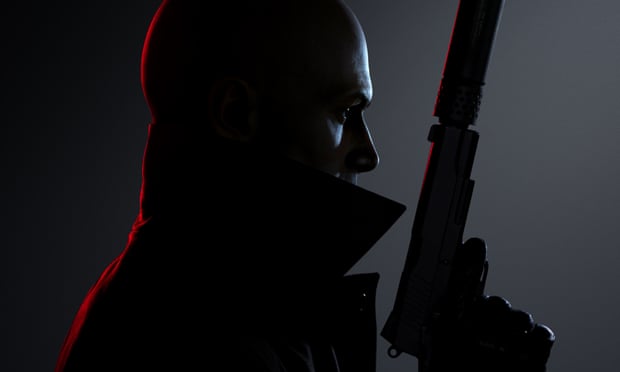 It is when I am shot by two armed guards while attempting to steal a banana from a desk that I realise Hitman is a game of contradictions. On one hand, it is a deadly serious assassination sim; on the other it is a slapstick comedy, where you can disguise yourself as a chef and knock someone out with a bottle of merlot. Industrialised murder probably shouldn’t be hilarious, but that’s video games for you. This is the beautiful paradox of the whole series.

The set up to Hitman 3 is exactly the same as the previous two instalments of this reenergised stealth adventure series. Deadly protagonist Agent 47 is given a series of assassination targets, each located in a different open world environment, whether that’s a towering Dubai skyscraper or an abandoned warehouse in Chongqing, China. You just show up and take care of everyone on the list.

You’re free to work out your own approach to the hit, eavesdropping on staff conversations for vital clues, hacking computers and exploring every nook and cranny to discover and build the components of an elaborate murder attempt. Do you want to poison the victim with their favourite whisky, electrocute them or simply isolate them from their bodyguards, snap their neck and stuff them in a cupboard? It’s up to you. As ever there are mission stories you can choose to follow, which provide specific routes through the game, but it’s just as much fun to explore each of these dense possibility spaces, watching everyone’s routines play out and putting your own terrible plan together.

And these are some of the most intricate, multifaceted dioramas developer IO Interactive has ever devised. A wonderful sequence in a Devonshire mansion has you exploring vast, richly decorated rooms, laden with antique furniture and family portraits. In a lovely twist, one of the mission stories gets you to play as a private detective investigating a murder in the house – a witty nod to Poirot. Elsewhere, Agent 47 crashes a picturesque winery, a hi-tech datacentre and, best of all, a Berlin warehouse rave, sneaking through the bars and dancefloors to avoid a group of assassins sent to kill him. The pumping techno, strobing lights and ecstatic dancers provide a wild bacchanalian backdrop to your bloody escapades.

Alongside all the usual items Agent 47 carries – screwdrivers, crowbars, rat poison – he now has a camera he can use to search rooms for clues and scan electronic locks so they can be hacked and opened. It feels like an unnecessary nod to games such as Batman and Watch Dogs and adds very little to the experience. Meanwhile, the forgettable narrative, about secret organisations warring for control of the world, is the stuff of straight-to-Netflix spy thrillers, and feels slight and formulaic beside the crazed stories that players get to make for themselves.

The sheer openness of the settings, and the game design itself, have made the modern Hitman titles hugely replayable, and the third title in the series continues that legacy. A generous range of specific challenges can be unlocked for each of the six environments, pushing you to complete missions with different equipment, approaches and restrictions, and the keenest players will want to aim for high scores via speedy, non-lethal run-throughs, honed after days of experimentation. Every time you think you’ve seen everything, you stumble on a hidden room, a new passcode, an intriguing subplot and you’re back in again.

Hitman has become a benchmark for generous sandbox game design, in which the developers trust players to work things out for themselves and reward them for doing so. The sheer amount of intrinsic information the game world feeds you – from signposts to whiteboard notes to snippets of overhead conversations – can feel overwhelming, but it also immerses you in a way that no hand-holding, over-didactic, icon-filled HUD ever could. When you mess up in Hitman, it’s your fault; the next time you attempt to steal a banana while in the vicinity of guards with assault rifles, you will plan it better.

In this way, the final part of the modern Hitman trilogy is a minor masterpiece, a treasure trove of unforgettable player-generated moments. It doesn’t add any new ideas to the series, but perhaps it didn’t need to – because this is a game that lets you come up with the ideas, whether good, bad, deadly or ridiculous.