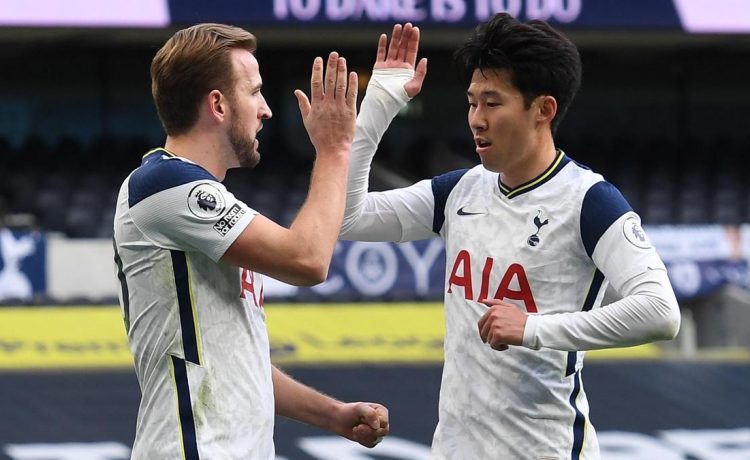 José Mourinho has been a little grouchy of late, moaning about the inability of his Tottenham players to follow on-field orders and railing at the perceived failings of authority, namely the late decision to postpone Wednesday’s game against Fulham.

The last thing he needed was for news to break on the eve of Leeds’s visit that three of his players had flouted coronavirus rules by attending a Christmas party. What was going through the minds of Sergio Reguilón, Erik Lamela and Giovani Lo Celso? Presumably nothing.

Yet Mourinho felt the storm clouds lift as his team won for the first time in five Premier League matches and won well, with a reassuringly stable presence helping to make the difference, to go third in the table.

Harry Kane had celebrated the birth of his third child last Tuesday. Here, he turned the game in Spurs’s favour with a 29th-minute penalty before his show-stopping moment – a clinical pass that took out two Leeds defenders and allowed Son Heung-min to make it 2-0 with a nonchalant finish.

Leeds were broken and the cold truth was that no team can afford to defend as generously as they did. There was plenty to admire about their swashbuckling spirt but the second-half became a non-event after Illan Meslier had carried a Toby Alderweireld header into his own net. The only blot for Spurs was a stoppage-time sending off for Matt Doherty. Already on a booking, he was late into a tackle on the substitute Pablo Hernández – a misjudgement that rather summed up his stuttering start to life at Spurs.

It was Leeds who had made the running at the outset, pressing on to the front foot, their defenders stepping up with the ball at their feet, their determination to find spaces in the final third clear. It was quite the sight to see Luke Ayling taking risks with his runs from centre-half while it feels like a small symbol of their enterprise that their left-back, Ezgjan Alioski, wears the No 10 shirt.

Leeds had the chances to have been in front by the midway point of the first half, with none of them better than the header that Patrick Bamford blew on 23 minutes. All alone inside the area after Doherty’s cover melted away, he was picked out by Raphinha’s perfect delivery only for his sights to be awry.

Everything changed after Kane’s breakthrough. The downside to Marcelo Bielsa’s Leeds creed is that mistakes will be made at the back. Twice, they had been loose with passes and, on the third occasion, they paid. It was Meslier who erred, playing a pass straight to Harry Winks, who fed the ball back towards Stephen Bergwijn on the edge of the area. The greater error belonged to Alioski, whose tackle was clumsy, sending Bergwijn sprawling.

Kane’s sights from the spot were typically deadly. Spurs had flickered through Kane and Pierre-Emile Højbjerg; the former flashing high from an angle, the latter shooting straight at Meslier. Now they went for the kill.

Leeds were far too loose defensively, particularly in the one-on-ones. Spurs got around the back twice, first when Højbjerg beat Alioski too easily to pull back for Alderweireld, whose shot was blocked, and then when Ben Davies did likewise to Raphinha. From his low cross Tanguy Ndombele manoeuvred a glorious opening only to blaze high.

Mourinho cursed in the technical area. A failure to turn 1-0 into 2-0 has been a problem for his team but not this time. Højbjerg won the ball with a measure of comfort that had to irk Bielsa and, when he found Kane, the striker’s pass for Son was a beauty. The finish reflected Son’s confidence.

Alioski had been prominent in Leeds’s bright opening, as had the left winger Jack Harrison. The pair combined for Alioski to blast into the side-netting while they swapped roles in a move that ended with Harrison having a shot blocked by Doherty. Leeds could also point to a Harrison curler on 42 minutes that was just too high.

It was not Meslier’s day. He pushed an Ndombele shot around the post for a corner at the start of the second half but, when Son swung it over and Alderweireld got in front of Kalvin Phillips to nod goalwards, it was the prompt for a horror moment. Meslier had the ball in his hands but, as he tumbled back towards his own goal, he carried it over the line. His attempt to throw the ball out at the last moment was in vain. The referee, David Coote, felt the notification from the goalline technology.

Spurs could enjoy themselves and they cut through Leeds at will for a period. Kane lashed into the side-netting, Son missed a final pass and Meslier saved from Ndombele and Kane – the former a very smart block. Mourinho had what he wanted.