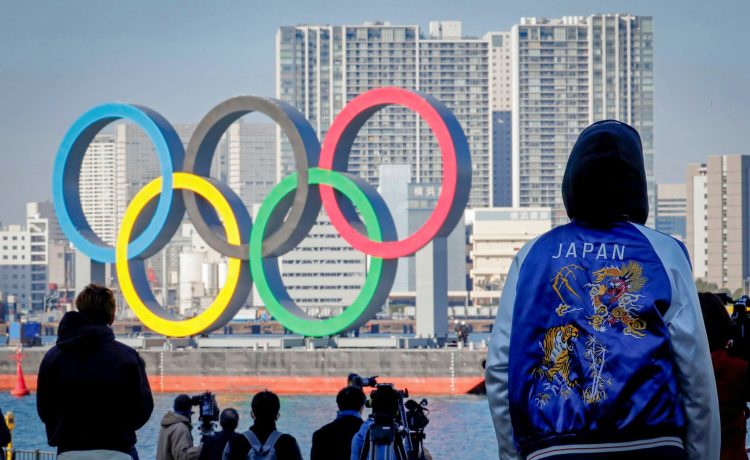 When Japanese and International Olympic Committee officials finally accepted defeat in March and postponed the Tokyo 2020 Olympics, there was general agreement that a one-year wait would give the world ample time to overcome the coronavirus pandemic.

The delayed Olympics, the then prime minister Shinzo Abe said, would be an opportunity to pay tribute to the human spirit in overcoming the world’s biggest public health crisis for a century.

But in the nine months since the first postponement in the modern Games’ 124-year history, Olympic officials have found themselves wrongfooted by the virus at every turn. Far from the communal celebration of sport envisaged by Abe, the harsh realities of Covid-19 have forced them to lower their expectations.

With just over half a year to go before the opening ceremony at the $1.4bn (£1.02bn) main stadium, organisers are battling rising costs stemming from the pandemic and, critically, waning public interest in the host country.

The discovery of a new variant of Covid-19 – which has now been identified in Japan and prompted a ban on non-resident arrivals – has only underlined the difficulties facing Olympic officials as they prepare for the March release of plans for a scaled-down Games.

Publicly, Japanese organisers and the IOC are optimistic they can ensure the safety of more than 11,000 athletes, as well as thousands of officials, journalists and other Games-related staff.

During a visit to Tokyo in November, the IOC president, Thomas Bach, said he and Japan’s new prime minister, Yoshihide Suga, were “totally aligned in the full determination and confidence” to make the Olympics and Paralympics “a great success”, adding that the events would be “the light at the end of the tunnel”. Suga, meanwhile, was confident a “safe and secure” Olympics would offer “proof that humanity has defeated the virus”.

Just six weeks on, that sounds like wishful thinking. While Japan has fared better than many other countries – with 230,000 cases and just under 3,400 deaths – it is heading into the new year amid a surge in infections, with the host city at its centre.

On Wednesday Tokyo’s governor, Yuriko Koike, warned that the capital could face an “explosion” of cases and urged people to “put life before fun” and stay home over the new year holidays. Only 24 hours later, Koike told the Kyodo news agency that Tokyo had 1,300 new infections, beating the previous one-day high of 949 from last Saturday.

Even if, as Bach believes, it will be possible to admit a “reasonable” number of visitors, health experts have pointed to the logistics of testing and tracking, as well as the potential for additional pressure on Tokyo’s already overstretched medical infrastructure.

Rising costs are also a concern. While all 68 domestic sponsors have reached a “basic agreement” to extend their contracts until next year, along with further injections of money to address the postponement and pandemic, the $7.3bn Tokyo cited when it won the bid in 2013 now seems like fantasy accounting.

Last month, organisers announced that the latest Olympic bill had risen by $2.8bn – including $900m on Covid-prevention measures – to $15.4bn, most of which will be shouldered by the Japanese taxpayer.

The double whammy of rising costs and coronavirus fears have combined to turn the Japanese public against the Olympics. In a December poll by the public broadcaster NHK, 63% of respondents said the Games should be postponed again or cancelled. Just 27% said they should take place.

The next few months will be critical. Japan is not expected to begin vaccinating its population until February at the earliest – beginning with medical workers, followed by vulnerable older people in March, when 10,000 runners are due to start carrying the Olympic torch to every part of the country.

Tokyo, though, will not get a third chance – the IOC and organisers have established that a further postponement is out of the question. With billions of dollars in television rights and sponsorship at stake, the indications are that a version of the Games will open on 23 July. But it will do so in a wary, virus-fatigued country whose people appear ready to abandon the Olympic dream.