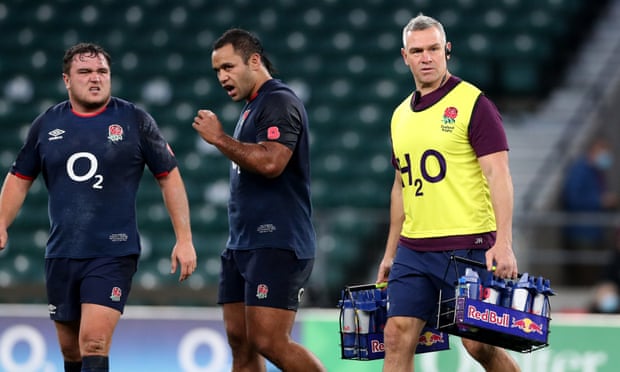 Eddie Jones’s plan to use the Six Nations to sharpen England’s attack needs to be revised because the Covid-19 lockdown has left his skills coach, Jason Ryles, stranded in Australia and unable to join the squad until at least the summer.

Jones, England’s head coach, will announce his 28-strong squad for the defence of the Six Nations title on Friday with the players gathering next week for a training camp at St George’s Park.

The RFU said in a statement: “Due to the current Covid-19 lockdown, coach Jason Ryles and his family have chosen not to relocate to England this month as they had originally planned. It is hoped Jason will rejoin the coaching team for England’s summer fixtures.”

The pandemic is making long-term planning difficult. The Lions will decide next week not just whether the summer tour to South Africa will go ahead but where it will be played with the British Isles looking the most likely destination despite the objection of supporters.

The lack of a vaccination programme in South Africa, which has been badly hit by a second wave of the virus, and the greater likelihood of crowds being allowed back into grounds in Britain and Ireland by July, makes it the far more attractive financial option.

“We desperately want to play the Lions and will do anything to play them,” said Rassie Erasmus, SA Rugby’s director of rugby. “This series only comes around every 12 years and if option A of playing in South Africa does not work out, we will go to option Z to make it happen.

“I have heard the different calls and opinions about the tour but we do not want to lose out on playing the series. Although we did not play in the Rugby Championship (last autumn) because of player welfare, it was also because we knew there was this big series in 2021.”

South Africa have not played since defeating England in the 2019 World Cup final when Erasmus was head coach. He revealed he had recently contracted the virus and added: “The frustration at not playing has been unbelievable, but we cannot compare that to the devastating impact of the pandemic and how people have suffered. We will explore any option to play the Lions whether next year or over there.”

The Lions have ruled out next year because it would be 14 months out from the World Cup, but they favour a switch to the British Isles and Tests at Twickenham, the Principality Stadium and the Aviva Stadium after getting the backing of broadcasters and a financial uplift at a time when neither side can afford the cost of cancellation.