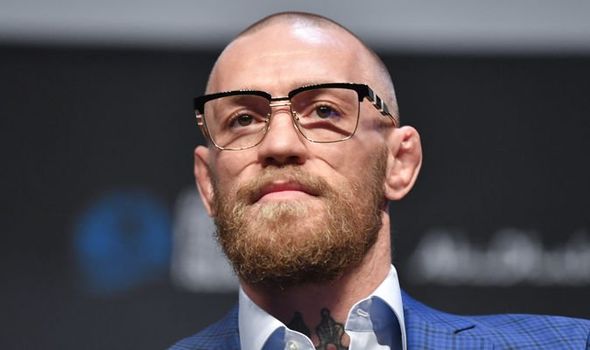 Conor McGregor returns to action this weekend in an early-anticipated rematch with Dustin Poirier on Fight Island. The Notorious is the heavy favourite in the lightweight battle but there is one concern heading into the bout.

McGregor has had a glittering career with the only two blemishes coming in defeats against Nate Diaz and rival Khabib Nurmagomedov.

During those fights, the Irishman appeared exhausted before the scrap was even over.

Questions have been raised over the 32-year-old’s stamina but he insists everything is fine.

“You know, I think it’s a myth,” McGregor said.

“Obviously I had this Diaz one. The first Diaz fight I went from featherweight and a month or so later I was at welterweight. That is obviously going to have an impact and there were other issues.

“But overall I think it’s a myth. It’s a myth that’s out there, and I hope we can answer it, and I will answer it in time. I will at some stage.

“I keep showing up here, someone’s going to have to stay in the pocket with me and stay in there and fight with me, and I hope it’s this Saturday night.

“Do I think so? I do not, I am in some shape here and I tell you this now, I am coming to put on a masterpiece and I am excited about it.”

McGregor has not stepped into the Octagon for a year but Poirier was last in action last June, where he beat Dan Hooker.

McGregor said: “Dustin has been on an incredible run since our first fight.

“I’m excited to get in with him again. I got him out in 90 seconds the first time, and I have complete confidence in my abilities.

“There are some questions, he’s heavier now and more experienced. I’ve put in a lot of work. I got 40 seconds last year in the Octagon which was a major frustration and I need more.

“I think Poirier is the hardest challenge I could be facing.

“He has a win over [Dan] Hooker who is on stage here, he knocked out Justin [Gaethje].

“Justin in turn knocked out Tony [Ferguson], who is another top contender, so I think I’m right at the top here.”