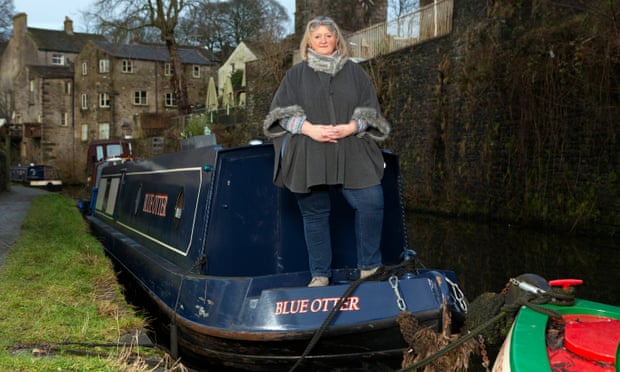 Britons who were planning a trip to Mallorca, Dubai or the Maldives would not normally be expected to settle for Kidderminster, Coventry or Skipton instead.

But after the vaccines minister, Nadhim Zahawi, suggested that it was “far too early” to be booking summer holidays abroad, many unlikely UK-based destinations are hoping to find a silver lining, amid growing signs that holidaymakers are giving up on the beach and finding alternatives closer to home.

The situation for the British tourism industry is still grim, with VisitBritain estimating a £57.2bn loss from domestic tourism spending alone last year.

But there are also signs that pent-up demand will help to mitigate some of that damage this summer – and that holidaymakers see an incentive to get away from the most traditionally popular destinations.

“There’s clear evidence that people will be visiting areas they had previously ruled out,” said Paul Charles, founder of travel brand consultancy the PC Agency.

“The usual destinations are booking out very quickly, and there simply aren’t enough places to stay. As they sell out, people will be looking beyond the usual hotspots. They want space, and exclusivity. It’s the less familiar places that will most see the benefit.”

Liz Smailes, who runs canal holiday firm Blue Otter Boats in Skipton, Yorkshire, said that she was seeing early signs of a repeat of last summer, when the company was fully booked within a week of Boris Johnson announcing a release of lockdown restrictions in June.

“We were seeing people coming from further south, from Scotland too, from much further afield than is usually the case, and a much younger demographic,” she said. “They wanted to be on a yacht in Greece but they came to us instead.”

In the last week, her website has had a 133% rise in visitors. “I think it’s because we have freedom but you’re also in a contained environment,” she said.

A similar pattern is playing out across Yorkshire, said James Mason, chief executive of Welcome to Yorkshire, who reports a 91% jump in web traffic this month. “We can’t stop the honey pots being popular but there’s so much more hidden below that, so much going on in places like Selby, Barnsley, Doncaster.”

“People are looking to get off the beaten track and discover those places that maybe were on a bucket list but they’d never got round to.”

In Scotland, there are hopes of a repeat of last summer, when traditionally popular destinations like the Highlands and Edinburgh were joined by less familiar names. Dundee – while facing strong economic headwinds more generally – reported self-catering occupancy rising to 86% in September from 73% the year before, VisitScotland said, while Dumfries and Galloway occupancy in August went from 45% to 52%.

VisitBritain suggested a similarly eclectic range of holiday options in its publicity materials for this summer, noting destinations in Cornwall and London – but also the West Midlands Safari Park lodges in Kidderminster and pointing to Coventry’s status as the UK City of Culture.

Vikki Green, of West Midlands Safari Park, said that while re-opening has had to be pushed back, they have been “overwhelmed with interest” and taken 800 bookings across eight lodges since December.

In Milton Keynes, where enthusiasts point to the appeal of utopian modernist 1960s architecture, Bletchley Park, and the Snozone indoor ski slope, the tourism body chief executive, Ian Stuart, said local businesses were “very much looking forward to an increased amount of interest”, but added that it was too early to see concrete numbers.

Rural destinations, meanwhile, are reporting positive signs, with web traffic to Forest Holidays, which offers cabins in woodland locations around the country, increasing 18% week on week, which “is currently 63% ahead of where we would expect to be for bookings in 2021” – which it said is due to a mix of holidays moved from last year and new demand.

Red Paxton, director of Habitat Escapes holiday rentals, said he had had a 56% increase in holiday bookings in its Cotswolds and Dorset destinations in January against the same month last year. “People are opening their minds to what the beauty of a UK staycation can offer,” he said.

Thomas Emanuel, a director at hotel data research firm STR Travel, said the evidence gathered from clients suggested that “this summer will be better for UK hotels than last year. And it’s the regional, rural locations that are most seeing the benefit.

“We think people want to make a decision early and they will stay in the UK,” he added. “They want a sense of certainty, but they’re still desperate to escape those four walls.”