10 good news stories for UK travel and tourism in 2021 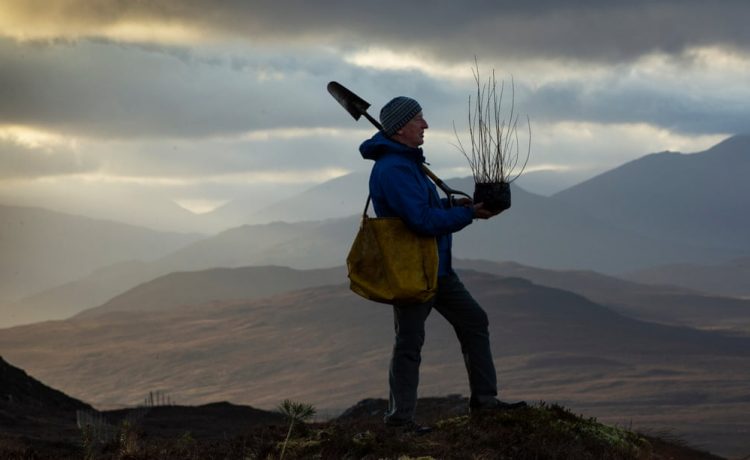 mid all the challenges, last year’s forced pause sent some hopeful ripples across the travel industry. Talk of renewed purpose, going slow and regenerative travel – the kind that does good, rather than merely less harm – spread among tour operators and across destinations. Although travel has ground to a halt once more, with Britons currently banned from entering many countries – and even other counties – these ripples will help us to travel better once we can.

In 2020, Visit Scotland became the world’s first national tourist board to “declare a climate emergency” by signing up to the Tourism Declares initiative. The declaration means that Visit Scotland will prioritise the reduction of carbon emissions in everything it does and promotes. Chris Greenwood, senior tourism insights manager at Visit Scotland, says: “The declaration sends a message that environmental responsibility is essential and that everyone can get involved.” Some of the plans under way include helping tourism businesses to reduce food and supplier miles, forming a partnership with Zero Waste Scotland, and increasing public transport use, even in remote locations.

The creation of the world’s longest signposted footpath, stretching 2,795 miles around the English coast, has been more than 10 years in the making. Despite the coronavirus pandemic, and budget cuts for Natural England, the feat is progressing. Launches in 2021 include opening up larger parts of the Cumbrian coast from Whitehaven to Silverdale, featuring a 40-mile section near Millom widened for activities such as mountain biking. Other newly approved sections include completing Essex’s coast path where it skirts several estuaries, access between South Hayling and East Head on the south coast, and the storied trail between Amble and Bamburgh in Northumberland.

The sheer expanse of Rye Harbour’s coastline – dotted with faded military outposts and Henry VIII’s crumbling Camber Castle – can make it seem desolate, but in fact, this 465-hectare nature reserve is among the most biodiverse places in Britain. Shingle, saltmarsh, saline lagoons, marshes and reedbeds create habitats for more than 4,000 species, 300 of which are rare or endangered. To celebrate the reserve, the Wildlife Trust is opening a visitor centre at Rye Harbour in April. The low-lying building will have sustainably sourced sweet chestnut cladding to blend into the landscape and offer accessibility for all visitors. It will also have a cafe to increase its year-round appeal.

Wild on the Isle of Wight

The Isle of Wight’s coast and ancient woodlands are home to species rarely seen elsewhere in the UK. Glanville Fritillary butterflies, hazel dormice and red squirrels thrive, and a successful reintroduction in 2020 means 11 white-tailed sea eagles now soar overhead. Having earned biosphere reserve status in 2019, in 2020 the Wildlife Trust launched a Wilder 2030 vision for the island. By acquiring more sites for wildlife restoration, the Trust hopes to make nature recovery work for local people. The plan started in 2020 with the purchase of a run-down 40-hectare farm, Little Duxmore. Once restored, the site’s wetlands and downland will become a haven for wildlife and welcome visitors and volunteers.

Having been working to restore Scotland’s over-grazed Caledonian forest since 1989, it’s apt that charity Trees for Life’s Dundreggan Estate, in Inverness, should house the UK’s first rewilding visitor centre. The centre hopes to demonstrate to up to 50,000 visitors a year that the Great Caledonian forest is vital for wildlife and sequestering carbon, helping community resilience, reducing flooding risk and improving soil quality. It will also highlight native species, such as pine martens and golden eagles, and explore Gaelic culture. Construction will begin in 2021.

Once tourism is possible again, flight-free adventures in (and near) the UK should be easier to arrange with some new tour operators. Byway hopes to champion lesser-known destinations by slow means. Founder Cat Jones’ favourite itineraries include a solo rail and ferry adventure around western Scotland, including stays in Corrour, the UK’s most remote railway station, and on the eco-minded island of Eigg. Wilderness Scotland has branched out to offer self-guided walking, driving and cycling tours across the border, working with Wilderness England. The more adventurous may be interested in Natural Britain, which promises to provide a carbon label for each trip and hopes to raise the bar when it comes to adrenaline-packed adventures close to home.

Penzance’s art-deco seawater lido opened the UK’s first geothermally heated pool in September 2020. The steaming slice of the triangular pool is heated via pumps from a geothermal well under the seabed. The system has a minimal carbon footprint and will showcase the potential for further geothermal energy use in the UK. It’s run by the community for the community, with a chunk of the funding coming from 970 local people.

Rivers gained renewed attention in 2020 when the Environment Agency revealed that only 14% of the UK’s waterways had a “good” ecological standard and none had a “good” chemical standard. One local group took matters into its own hands: the Ilkley Clean River Campaign on West Yorkshire’s River Wharfe. Thanks to its campaign a popular wild swimming spot on a shingle-bed meander between the town’s main bridge and Beanlands Island became the country’s first designated river bathing area. The status means that the Environment Agency will test and declare the water’s chemical state at regular intervals throughout 2021, hopefully setting a precedent for other popular dipping spots.

Quieter lockdown roads, the need to reduce congestion on public transport, and increasingly urgent carbon targets created a tailwind for the UK’s cycling revolution in 2020. Cycle-to-work scheme orders increased by 200%, and Halfords’ share price jumped 23%. The UK government pledged £2bn of investment to double journeys taken by bicycle by 2025, agreed to subsidise electric bikes, and more than 100 bike lanes popped up in British cities as a result of Covid social-distancing measures. A 2020 survey by cycling route-finding app Komoot declared Cardiff the UK’s most bike-friendly city. The city is loved by cyclists for its sizable bike-sharing network, NextBike, five cycle superhighways, and the Cardiff Bay Trail – a six-mile circular route with historic and cultural markers along the way.

In 2020, the former textile town of Langholm, in Dumfries and Galloway, proved that passionate communities can change a landscape’s history. In 2019, after grouse shooting was deemed economically unsustainable on Langholm Moor, the landowner, Lord Buccleuch, sought a quick sell. United by the cultural and natural significance of the moorland – which is a site of scientific interest – and backed by the likes of the John Muir Trust, the Langholm Initiative bought 2,000 hectares. The community will now create a new Tarras Valley nature reserve, which will restore the globally significant peatlands and ancient woodlands, and use nature-based tourism to provide local jobs.