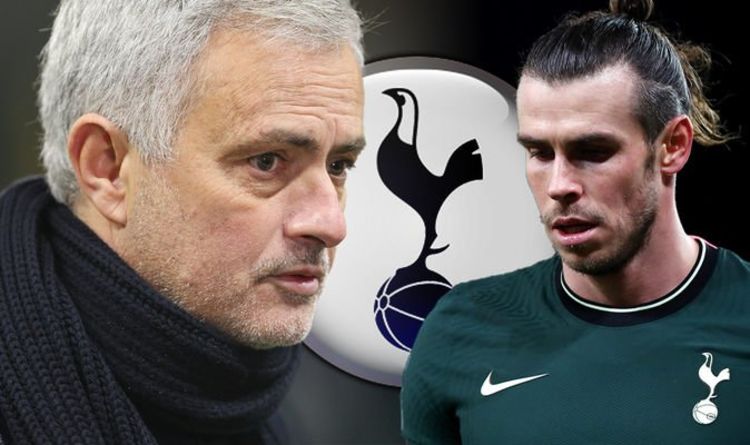 Tottenham boss Jose Mourinho has confirmed another injury setback for Gareth Bale. The Wales international has struggled for fitness ever since returning to north London from Real Madrid back in the summer transfer window. And, now, he’s poised to miss ‘a few weeks’ of footballing action.

The games are coming thick and fast for Tottenham, with Fulham up next on Wednesday night.

And, speaking ahead of that match, Mourinho confirmed Bale would miss ‘a few weeks’ of action – with Lucas Moura and Carlos Vinicius also sidelined at present.

As well as Fulham, Bale now faces missing matches against Leeds, Brentford in the Carabao Cup semi-final and the FA Cup tie at Marine on January 10.

Bale’s return was one of the biggest moves of the summer, generating much excitement among the Spurs faithful.

Yet he’s managed to find the net just three times since returning to the capital, much to Mourinho’s frustration.

The Tottenham boss had been hoping Bale would strike up an immediate rapport with fellow attackers Harry Kane and Heung-min Son.

But that hasn’t happened yet.

Bale’s injury may mean a way bak for Dele Alli, who has fallen down Mourinho’s pecking order throughout the course of the campaign.

And talkSPORT pundit Darren Bent thinks Mourinho has been too harsh on the England international, saying: “He linked play really well, getting on the end of things, not always getting the ball to feet, Kane coming short, him running in behind, stretching the pitch.

“I thought to myself, ‘Dele’s looking really sharp.’ He was looking like the Del Alli of old.

“How is Dele Alli supposed to build any kind of confidence when his manager digs him out at every single opportunity, leaves him out, then when he does play him, takes him off and talks about how bad he was for the goal?

“I think at times he’s got to give Dele Alli a little bit of credit. They clearly don’t work together.

“It’s an absolute killer for him.”

Meanwhile, Mourinho has hailed Tanguy Ndombele for his improved showings this term – with the midfielder on target against Wolves on Sunday.

“There are players that naturally they have different qualities than others. Some players are very physical, some are very intense. Others are more explosive but they don’t last for 90 minutes. Or they have difficulties lasting 90 minutes.

“In his case, he’s adapting to a league that is not new, new, new for him but let’s forget last season where he didn’t play much and he had lots of injuries.

“And this season I believe to play at this intensity and to give the team what it needs with and without the ball, it’s not easy for him to last 90 minutes.”

On the test Fulham will pose, he added: “It’s always tough.

“Independent of results, it’s always tough and of course Fulham now, they’re playing in a different way, they forgot some of the principles they believed in.

“They have new principles of play, they are getting very positive results and it’s going of course to be difficult.”