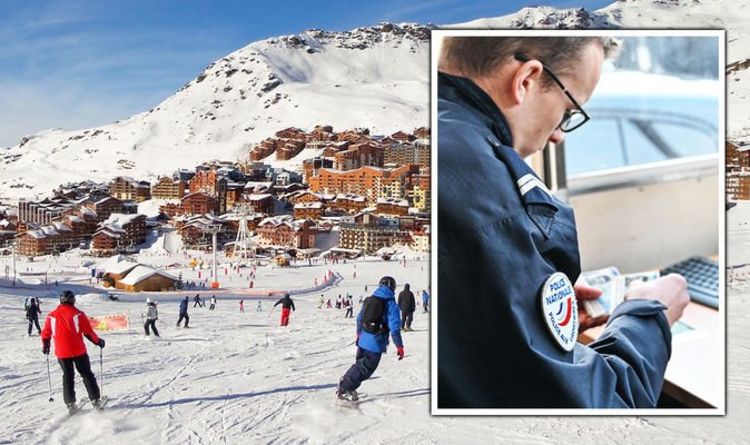 Ski resorts in Switzerland remain open but France does not want holidaymakers crossing the French borders to hit the Swiss slopes as authorities continue to crack down on the spread of coronavirus. France’s ski slopes are not set to reopen until at least January 20. Germany has joined France in its call for a ban on skiing holidays amid covid.

Italy is also banning ski breaks and limiting travel between regions and municipalities over the Christmas and New Year period.

So where is open for skiing? This is the latest travel advice.

Along with the aforementioned Switzerland, Austria and Spain have also not yet shut their slopes entirely.

Yesterday, Austria announced that skiing would be permitted from December 24.

However, a ski holiday in Austria could be pretty tricky – the slopes are only open to local residents and all Austrian hotels, bars and restaurants are closed until January 7.

What’s more, the destination requires visitors from countries with more than 100 cases per 100,000 to quarantine – on Monday the UK had 158 cases per 100,000, according to travel consultancy The PC Agency.

Austria hopes that British skiers will be able to return in the Spring.

“With the reopening of hotels and other touristic establishments scheduled for early January, we hope to see a strong and safe return to the Austrian slopes for British skiers and snowboarders in 2021,” Martina Jamnig, UK director of the Austrian National Tourist, told The Daily Telegraph.

Meanwhile, Spain is trying to reach an agreement on measures for its autonomous regions so they can open safely over the festive period.

Many Spanish ski resorts are keen to reopen, with Spain’s Association of Ski Resorts (ATUDEM) recently presented plans for the winter season detailing how skiing meets coronavirus restrictions and is a socially distant sport.

The World Health Organisation has spoken up about the risk of catching covid while skiing.

The authority said the problem is not during the sport itself but when people mix and socialise.

“I suspect many people won’t be infected barreling down the slopes on their skis,” said Dr Michael Ryan said at a WHO news briefing on Monday.

“The real issues are going to come at airports, tour buses taking people to and from ski resorts, ski lifts … and places where people come together.

“We would advise that all countries look at their ski seasons and other reasons for mass gatherings.”

Ryan warned that indoor socializing after skiing might be particularly risky amid the pandemic.

Britons should note that anyone who travels to Spain will need to quarantine for 14 days on their return.

However, this time period could be slashed to five days under the new Test and Release scheme which comes into force from December 15.

Travellers will need to pay for their own covid tests though and are warned not to turn to the NHS.