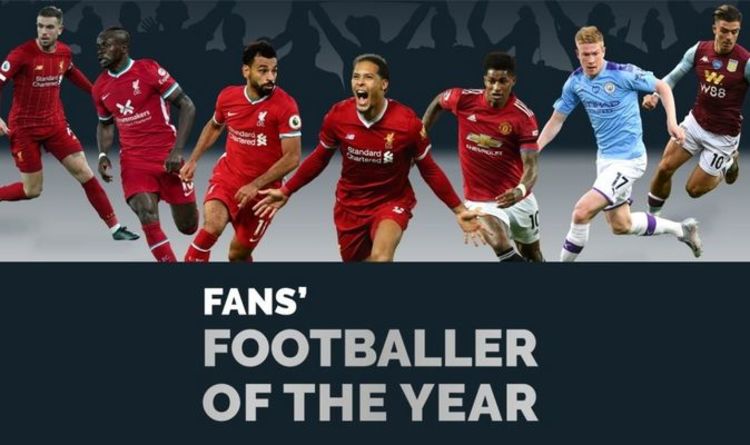 It could be the player who has moved you from your seat the most. Perhaps it is the one you simply cannot wait to see again when you return to a stadium for the first time. Or maybe it is a player who has excelled off the pitch as well as on it.

Part of Liverpool’s devastating front three in attack, Sadio Mane has continued to rise in 2020 and has contributed 12 goals and three assists to his side’s cause.

The Senegal international continues to excel on Merseyside, slotting in perfectly to Jurgen Klopp’s style of play and establishing himself as a global football icon capped off by the Premier League title last season.

Manchester City’s 2020 has been one to forget generally, conceding the Premier League title and suffering another quarter-final exit in the Champions League but Kevin de Bruyne has continued to stand out.

Seven goals and 13 assists this calendar year has seen De Bruyne’s influence increase, making him even more integral to the success of Pep Guardiola’s side.

Fresh from lifting the Champions League in 2019, Jordan Henderson became the first Liverpool captain to bring the league trophy to Anfield in 30 years following the Premier League triumph from Jurgen Klopp’s side.

His influence across the league has also been shown, leading talks during the first lockdown on pay deferrals for Premier League stars.

Marcus Rashford has made a significant impact in 2020 on the field for Manchester United, and off it for the nation as a whole, stepping up during lockdown with his campaign to aid underprivileged children.

Showing leadership both on and off the field at the age of just 23, Rashford has contributed seven goals and nine assists for Manchester United this calendar year, but his work in the community has seen him enter into the public eye.

Mohamed Salah has continued to shine in 2020, boasting 18 goals and seven assists this calendar year, enough to put him in the top 10 across Europe’s top leagues in that time.

His fine form has continued in the new season, especially in front of goal, where he has already hit double figures across all competitions as Liverpool look to retain the title.

Aston Villa found form after lockdown to secure their Premier League status for another season, with Jack Grealish playing an integral role in their great escape.

New heights have been hit so far this year, with Villa securing memorable wins against the likes of Liverpool and Arsenal, with Grealish making it into the England squad ahead of next summer’s European Championship.

A powerhouse at the centre of defence, Virgil van Dijk has been a crucial element of Liverpool’s transition under Jurgen Klopp and his signing from Southampton can be pinpointed as a major turning point.

In 2020, the Dutch national team captain did not miss a single kick in the Premier League until his injury suffered in the Merseyside Derby, and his absence from the Liverpool squad has been felt.

Have your say below and don’t forget to vote to make sure your voice is heard.

The Fans’ Footballer of the Year will be announced on December 21. Keep an eye on our social channels and on the Express website for the results.