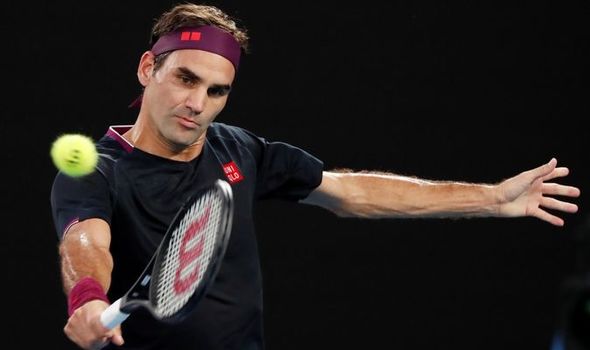 Roger Federer says he remains hopeful of competing at the rescheduled Tokyo Olympics in 2021.

Federer has had an injury-hit 2020 with knee surgery in February followed by another operation in June after making a slower than expected recovery.

But the Swiss star is back in training and targeted a return in the new year at the Australian Open.

Later in the year, it is hoped the Tokyo Olympics can take place after been postponed for a year.

Should Federer compete in Japan, it will be his fifth trip to the Olympics and his first since 2012.

A gold medal in the singles is one of the few things missing from Federer’s illustrious CV.

And speaking in a video chat with Japanese star Kei Nishikori, the 39-year-old marked out the Olympics as a ‘big one’ for him.

“Big plan is to be there [in Japan] for the Olympics,” Federer said.

“You know, this is for me is the big one.

“Maybe selfishly for me, it has not been a bad thing that it was actually moved a little because of the problems I had.

“It was a big shock for all of us when Wimbledon pulled out because of the pandemic and then Tokyo Olympics shortly after that was moved.

“Let’s hope for the best for the Olympic Games coming to Tokyo next year, this is also one of my big goals.

“I really hope I can come back to Tokyo for that.”

“We are getting new information about the Australian Open every day,” said Ljubicic in quotes reported by Tennis Head.

“Both Roger and I tried to do our best in the past eight months. I have been to Switzerland, and we have trained on the court.

“Roger is very motivated; he is incredible. Many people wonder why he still plays, finding it hard to understand that he still enjoys the game and wants to chase notable wins.

“He wants to be competitive and get back to the level he had before the injury.”